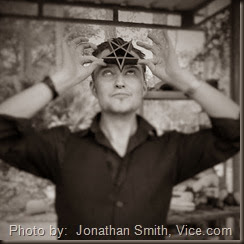 The February issue of Diversity Rules Magazine will feature Lucien Greaves, the Co-Founder of, and spokesperson for, The Satanic Temple. The Satanic Temple is an organization whose stated mission is to facilitate the “communication and mobilization of politically aware Satanists, secularists, and advocates for individual liberty.” Presenting Satanism as a non-theistic religion, The Satanic Temple has fought to ensure plurality is respected wherever the line between Church and State has been breached. The Satanic Temple is best known for its ongoing efforts to erect a Satanic monument alongside a 10 Commandments monument at the Oklahoma State Capitol building.

Recently the Satanic Temple took the religious right to task when it challenged a School Board decision in Orange County, Florida that allowed for the dissemination of religious materials in public schools stating it also had the right to distribute its material to students as well. Resulting from the Satanic Temple’s efforts, the school board decided to not allow distribution of any religious based materials, thus upholding the cherished separation of church and state.

Diversity Rules Magazine commends the efforts of The Satanic Temple. While the Temple’s efforts were 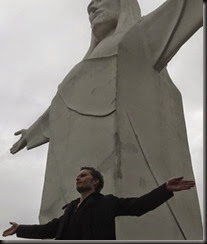 geared toward the distribution of religious based materials, its efforts clearly sends a message that there are groups that will fight against discrimination in any form whether it be religious material or not serving gay people in a public establishment.

Diversity Rules Magazine promotes the free expression of all belief systems regardless of their precepts.  Since the Hobby Lobby decision handed down by the Supreme Court there has been a revolting movement by the religious right and those religious based business owners to institutionalize their discrimination by claiming they do not have to serve gay people in their establishments because of “religious liberty.” They say that doing so would compromise and violate their religious beliefs.   However, rational thinking people KNOW It has nothing to do with “religious liberty” and everything to do with prejudice and discrimination.

Diversity Rules Magazine looks forward to having Lucien as the featured interview in February.  It should prove to be very enlightening!