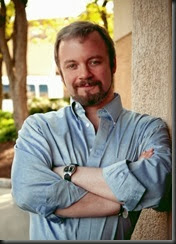 Damon Suede grew up out-n-proud deep in the anus of right-wing America, and escaped as soon as it was legal. He has lived all over: Houston, New York, London, Prague. Along the way, he’s earned his crust as a model, a messenger, a promoter, a programmer, a sculptor, a singer, a stripper, a bookkeeper, a bartender, a techie, a teacher, a director… but writing has ever been his bread and butter. He has been happily partnered for over a decade with the most loving, handsome, shrewd, hilarious, noble man to walk this planet.

Cravings: sweetness that isn’t sentimental, wit that isn’t bitter, strength that isn’t cruel. Loathings: professional victims, half-assery, clichés. Damon is a proud member of the Romance Writers of America and serves as the 2013 president for the Rainbow Romance Writers.

Though new to gay romance, Damon has been writing for print, stage, and screen for two decades, which is 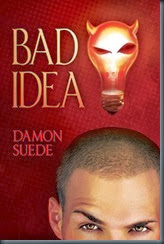 both more and less glamorous than you might imagine. He’s won some awards, but his blessings are more numerous: his amazing friends, his demented family, his beautiful husband, his loyal fans, and his silly, stern, seductive Muse who keeps whispering in his ear, year after year.

Damon would love to hear from you… you can get in touch with him at DamonSuede.com or via any of his social networking pages.

Reclusive comic book artist Trip Spector spends his life doodling super-square, straitlaced superheroes, hiding from his fans, and crushing on his unattainable boss until he meets the dork of his dreams. Silas Goolsby is a rowdy FX makeup creator with a loveless love life and a secret streak of geek who yearns for unlikely rescues and a truly creative partnership.

Against their better judgment, they fall victim to chemistry, and what starts as infatuation quickly grows tender and terrifying. With Silas’s help, Trip gambles his heart and his art on a rotten plan: sketching out Scratch, a “very graphic novel” that will either make his name or wreck his career. But even a smash can’t save their world if Trip retreats into his mild-mannered rut, leaving Silas to grapple with betrayal and emotions he can’t escape.

What will it take for this dynamic duo to discover that heroes never play it safe?

Bad Idea is available on Amazon.com, Barnes&Noble.com, and through all major booksellers.