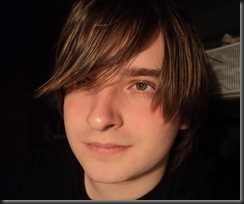 November 24th marked an entire year ago since a moving Australian television ad was published on YouTube — proposing to end the discrimination against same-sex marriages. To this day I’m still moved by this video, if you would like to know the title it’s: “It’s Time.”

It really brings the question to my mind: Just how far has marriage equality come in the past year? Quite far. Upon the previous election on November 6th, same-sex marriage has been legalized in Maine, Maryland, and Washington — also the bill banning same-sex marriage in Minnesota was voted down during the same election, leaving the state open to hopefully legalize same-sex marriage one day. Currently nine states and eleven countries recognize same-sex marriage up to this date.

The next question would be: What happens from here? How do we promote the validity of same-sex marriage while at the same time connecting with people who do not agree with this type of marriage?

As reflected in this Australian television ad, I believe it’s important to show the rest of the world that LGBTQ individuals are still human beings. For those of you who haven’t seen it, the video is a collection of clips outlining a gay couple’s relationship — the good and the bad all the way until one of them proposes to the other in the end. There is power in creativity and imagery, I think that will be the turning point in our fight for equality. If individuals who oppose same-sex marriage believe that we cannot experience the same love they do, why not show the integrity of our love? I realize we shouldn’t have to prove it but if all else fails that’s what we may have to do in order to garner more understanding.

I hope 2013 brings just as many successes with LGBTQ equality and especially marriage equality. We just have to keep taking these successes one step at a time because sooner or later we’ll help our population realize that we too love with the same feelings they do. Anyone who is creative should take their pen, microphone, paint-brush, video camera or whatever muse they have and show the world just how meaningful our experiences actually are