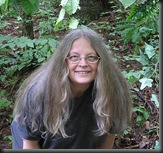 After seven years of research to piece together the story of Lucy Ann/Joseph Israel Lobdell, Bambi Lobdell has turned her dissertation into a book for the public. “A Strange Sort of Being”: the Transgender Life of Lucy Ann/Joseph Israel Lobdell, presents the life story of Lobdell and argues that he is a  nineteenth-century transgender man, not a lesbian as others have claimed. Bambi Lobdell received her Phd in English from Binghamton University in 2007, and her dissertation research on Joe Lobdell led her away from folklore and medieval literature and into the direction of Gender and Queer Studies. She has used her new-found passion inspired by Joe’s story to develop classes in Queer Literature and Queer Studies for SUNY Oneonta where she teaches in the English and Women’s and Gender Studies departments. This fall she will be teaching introduction to Transgender Studies for the first time at that school, thanks to Joe.

Bambi Lobdell’s new book, “A Strange Sort of Being:” the Transgender Life of Lucy Ann/Joseph Israel Lobdell, traces the nineteenth century life of Lobdell who gained a reputation for marksmanship as a young woman, earning the title “the Female Hunter of Delaware County”. Lucy resisted the traditional expectations for female behavior and so was forced by her family to marry and give up her career as a school teacher. She rebelled by publishing a book detailing the inequalities of life as a working class woman and demanding equal pay for women. Lucy then left home in men’s clothes, claiming she wanted to earn men’s wages doing men’s work. However, this action was more than mere disguise; from this point on, Lobdell lived the rest of his life insisting he was a man.

As Joseph, he started a singing school in Bethany, Pennsylvania. As LaRoi he was a hired gun and jack-of-all- 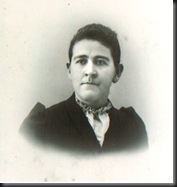 trades in Meeker County, Minnesota. Both times he was professionally successful until he was outed for having a female body and driven out of the communities. In 1858 Lobdell landed in the Poor House at Delhi, N. Y. where he met Marie Louise Perry. The two escaped and were married by a justice of the peace in Wayne County, PA. Joe and Marie spent nearly 15 living in the woods and surviving in the wilderness.

They avoided towns as much as possible because Joe’s reputation as the Female Hunter prevented him from living in anonymity; whenever the couple went into Honesdale, PA., Joe was usually arrested for vagrancy, although Marie was not. In 1879 the Lobdell family released a false obituary which made it into papers as big as the New York Times. However, Lobdell had not died; he had been declared insane for wearing men’s clothes and incarcerated in the Willard Asylum for the Insane. In 1900 he was transferred to the Insane Asylum at Binghamton where he died and was buried in 1912. 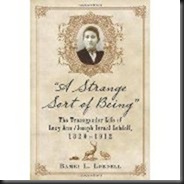 Gender theorists in the twentieth century classified Lobdell as one of the first lesbians incarcerated and studied by sexologists exploring the field of human sexuality. This book privileges Lobdell’s definition of himself as a “man in all that the name implies” and presents him as a transgender man who was incarcerated during a time of extreme intolerance for gender nonconformity.

For more information, do a search for “A Strange Sort of Being: The Trangender Life of Lucy Ann/Joseph Israel Lobdell,” by Bambi Lobdell,  published by McFarland. or write to:

For information on how to buy Bambi’s book, go to “Google Books” and type the title in the search box.