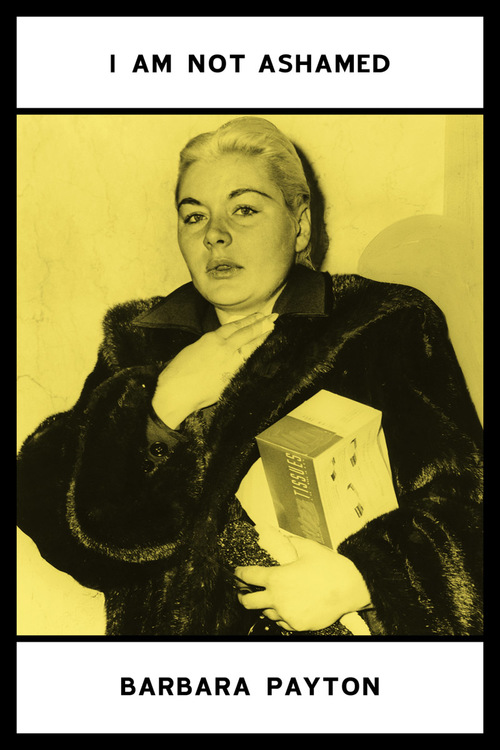 Barbara Payton: I Am Not Ashamed

Hollywood is perhaps the most evil place on Earth. Its a town run by an industry that chews people up, spits them out, skins them alive, then walks away laughing. 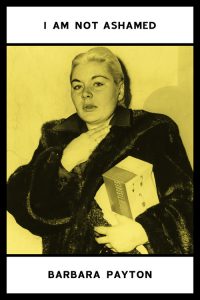 Few Hollywood horror stories were more disturbing than that of Barbara Payton. As I recounted in an earlier edition of this column, Payton (1927-1967) was a rising Hollywood star in 1950, co-starring with screen legend James Cagney in the film noir classic Kiss Tomorrow Goodbye. She made Murder Is My Beat, her last film, a mere five years later, after which she was blacklisted from the industry. During the 1960s she was a low rent prostitute charging five dollars a trick. Shortly before she died from alcohol abuse at age 39, Payton made headlines one final time when she was found sleeping in a dumpster in Los Angeles.

Many have said that Payton’s rapid and spectacular fall was of her own making–her hard partying lifestyle and homewrecking affairs, which she flaunted publicly, didn’t sit well with movie moguls or with the public during the conservative 1950s.

In 1963 Payton published a partially ghost written autobiography titled I Am Not Ashamed–she was paid $2000 for the book and reportedly spent the money on cheap booze. That long out of print book is again available in a brand new edition courtesy of Spurl Editions. As legend has it, Payton told her story to press agent/gossip columnist Leo Guild, who recorded her somewhat rambling words and put them together in as coherent a fashion as he could. It’s believed that Guild embellished many of the more lurid elements of Payton’s sad tale in order to make the book more “marketable.”

What emerges is a portrait of a deeply unstable woman in turmoil. Throughout the book, Payton speaks openly of her many sexual liaisons, freely admitting that she used her body to get what she wanted–she had no qualms about dating married men and says so. She rambles quite a bit–her thoughts jump from one topic to another and she’s rarely consistent. Early on she claims to never watch television or go to the movies–she later says that one afternoon she spent her last dollar to go watch herself in a theatrical revival of Kiss Tomorrow Goodbye. She also claims to have turned down a film offer from the acclaimed character actor Burgess Meredith. Payton would have her readers believe that she felt “sorry” for Meredith and that she preferred to turn five dollar tricks in her filthy, roach infested apartment.

It’s hard to tell which anecdotes are true and which were created in the dark recesses of Barbara Payton’s deeply troubled mind. What becomes clear throughout I Am Not Ashamed is the obvious fact that Barbara Payton was suffering from severe, untreated mental illness. Even more disturbing than her condition is the realization that the film industry knew all to well what had become of Payton and how she was living. Many judged her. No one tried to help her.

Perhaps the most powerful portion of Spurl’s edition of I Am Not Ashamed is a quote from the psychologist Margaret Sanger, which can be read before Payton’s story begins. Sanger noted that Payton could have been rehabilitated. Sanger wrote that it would have taken “a concerted effort by people she loves and likes to make her feel that she still has a place in the sun.”

Then, as now, most people would rather judge and ridicule mental illness instead of offering compassion to the afflicted. The result are more ruined and lost lives than most people might realize.

There have been many Barbara Paytons. Don’t judge unless you’ve walked in their shoes.

1 thought on “A PTSD Memoir: If You Could Read My Mind”