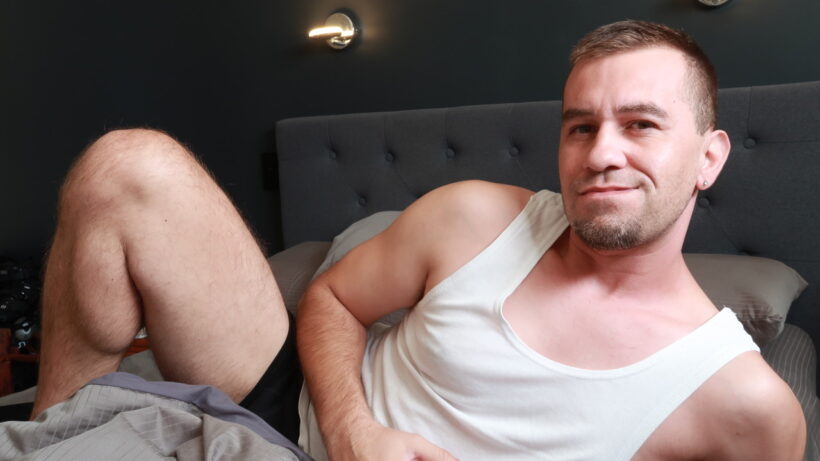 The following article was written by Kenny Costello.

Among the men competing in The Great BateWorld BateOff! is ProudBator. We spoke with him from his New Zealand home.

What is the difference between a bater and a bator?

Is that why you’re a ProudBator with the or?

ProudBator: Yes! I chose my online name in the early 2000s at a time when the act was still stigmatized and ridiculed. It was a no-brainer for me to add the word proud to the name.

ProudBator: I certainly think there is a difference but again, it’s a very personal choice. Some people feel like having an online bate buddy is a lot less demanding than an in-person experience. In person, though, you have all of the elements at your disposal: the smells, the chemistry, the exchange of fluids. Online can sometimes be a one-dimensional experience that needs to be carefully negotiated either with words or gestures to make it work. Both, however, can be extremely satisfying when experienced with the right people. I have had great experiences in both scenarios. Communication is the key to whichever way you masturbate with others.

Have you masturbated with any of the guys you are competing with within The Great BateWorld BateOff!?

ProudBator: We haven’t crossed paths yet but who knows, maybe one day? All of them seem to have something very unique and I look forward to seeing what they can do in this competition.

What led to your decision to compete in The Great BateWorld BateOff!

What would winning the title of Master Bator mean to you?

What is something readers would be surprised to know about you?

ProudBator: I’m an excellent cook! I make the best roast meals on the planet, with gravy, and from scratch. I can bake awesome bread too. I have a greenhouse full of incredible spices, salads, and vegetables which I tend to daily.

Do you have a secret talent?

ProudBator: I can build furniture.

What would a film of your life be called?

Who would star as you in the film?

ProudBator: I see a lot of myself in Daniel Radcliffe. We have similar personality traits. He could easily play my character and nail it to perfection.

Which celebrity would you most like to slide into your DMs?

What makes you smile?

What makes you angry?

Who are your heroes?

You find a magic genie bottle. What are your three wishes?

ProudBator: To have my own bater ranch somewhere private, with well-organized events for people like me. My other two wishes would be a permanent fix for poverty and the end of all wars.

You’re about to be hit by a truck (sorry). What flashes before your eyes?

ProudBator: All the opportunities I had and threw away, but also the amazing life journey I have enjoyed.

What does your gravestone read?

ProudBator: Here lies a man who stood by his beliefs.

Tune into ProudBator competing in The Great BateWorld BateOff! It is free and open to all men over 18 at BateWorld.com.