The year 2019 is now history. Chalk it up to another year that has flown by like the blink of an eye. We are now in a very young 2020. We hope 2020 brings good news, more prosperity, and the defeat of Donald J. Trump as the current occupant of the White House. I can’t even call him President.

When Donald Trump was elected President of the United States, I knew from the minute he took office that we were in for a very rough ride. Little did I know then, nor did anyone else for that matter, how rough the ride would actually be. Donald Trump has proven to be one of the most, if not THE most, toxic Presidents this nation has ever had the displeasure to experience.

Trump’s election to the highest office in the land has also unleashed a wave of hateful rhetoric that has produced tragic results in terms of the atrocities committed against immigrants, and those groups who are not white, or who do not fit into the alt-right’s vision of what an American should be. That vision, unfortunately, does not include people of color, LGBTQ individuals, and others who do not stack up to the perceptions of white privileged America or the values of the para-military, white supremacist filth that pollutes our nation.

Specific to LGBTQ Americans, in 2019 we witnessed a steady, daily drumbeat of anti-LGBTQ rhetoric and policies, not only emanating from 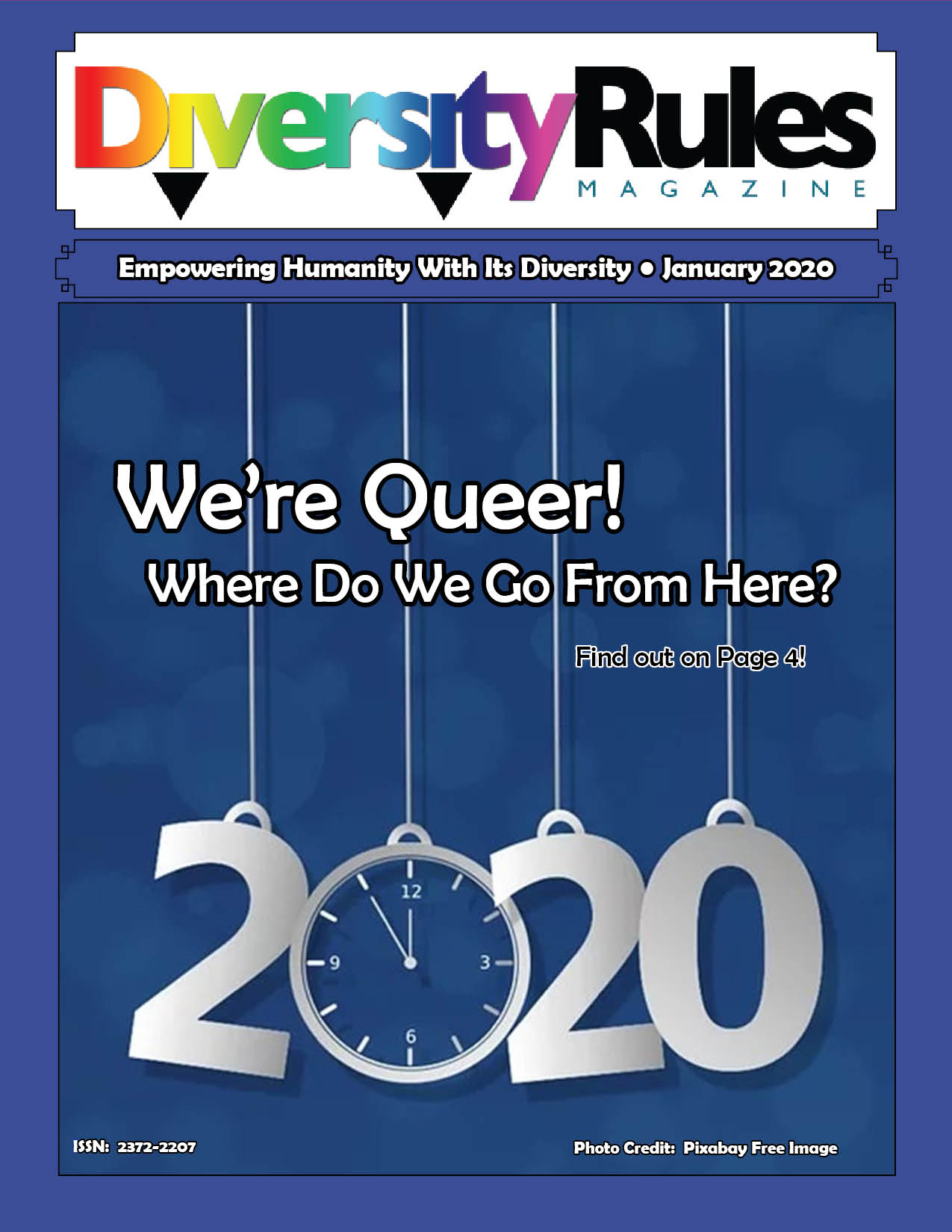 the federal government, but from various state legislatures, as well, that degrade LGBTQ Americans to a second-class status once again. We endured constant harassment from religious and other bigots and homophobes who take issue with two people of the same sex loving each other, raising children, and having the life that straight Americans have and taken for granted for so long. In 2020, we need to say enough! We must take action to stop the ignorant and horrid legislative and other initiatives that have been proposed by religious and other bigots across the nation.

Let’s first take a look at some of the measures that have been proposed and implemented by the repulsive administration that claims to be serving all citizens of the nation, and that degrade an LGBTQ person’s humanity and self-respect, not only in 2019 but since it took power in 2017.

2) Reinstated the ban on transgender individuals serving in the military;

3) Stripped LGBTQ protections in the Affordable Care Act (a.k.a. Obamacare);

4) Banned the display of pride flags at all US embassies;

6) Attempted to strip the Stonewall Inn of its historic site status;

7) Signed an Executive Order focused on “religious liberty” that set the stage for legal discrimination of LGBTQ Americans;

8) Inmates must be housed as per their biological sex at birth;

9) Filed briefs with the Supreme Court stating its support for the firing of LGBTQ Americans from their jobs in preparation of the Court’s  hearing that was held on October 8th;

11) Banned government-funded stem cell research as it relates to finding a cure for HIV/AIDS;

12) Removed sexual orientation from the Department of the Interior’s non-discrimination policy.

13) Recommended countless nominations to the federal bench who are toxic to LGBTQ rights, and who have been confirmed by the Senate.

Additionally, it should be noted that the Democratic-controlled House of Representatives has passed a slew of pro-LGBTQ legislation that has been sent to the GOP controlled US Senate for its consideration, namely the Equality Act that would explicitly ban LGBTQ discrimination nationwide. These bills are in the Senate death chamber and will not see the light of day, unfortunately.

If legislative persecution by our own federal government isn’t enough, how about that which emanates from various state legislatures. Let’s take a look at some of the horrid and demeaning legislative initiatives that have come out of the states since Trump was elected, as well as in 2019, specifically.

2) Ballot measures that seek to do harm to our transgender community;

4) A number of “No Promo Homo” laws that ban teaching LGBTQ history in schools;

5) A slew of proposed religious exemption laws that would in effect institutionalize LGBTQ discrimination;

6) Laws that target gay adoptions by providing for a religious exemption to deny applications by LGBTQ parents;

I could go on and on with other legislative initiatives that have been proposed and will be reintroduced in state legislatures across the nation this coming year that seek to do harm to LGBTQ citizens.

We can take comfort in the knowledge that many of these initiatives have not seen the light of day because of the backlash from those of us who support equality, and have an intense distaste for legislating discrimination. Many states, in fact, have also taken proactive steps to support the LGBTQ community with laws that have banned conversion therapy and mandated the teaching of LGBTQ history in their educational curriculums. More must be done!

We must all keep the faith and stand guard against these despicable initiatives that seek to relegate LGBTQ citizens to second class or no class status. We have the power of the ballot box at our disposal. We must utilize it fiercely and not abdicate our duty to ensure all citizens are treated fairly in this country.

Much of this move to discriminate against LGBTQ citizens is directly related to Trump’s Electoral College win. Donald Trump has empowered the worst elements of our society and has enabled them to express their vile hatred against those who they deem unfit to be “true” Americans. They have become quite open about their prejudice and bigotry, and seem to not care if their true colors shine brightly for all to see, as witnessed in the extreme cases, with the many mass shootings at the hands of Trump-supporting white supremacists.

It is a despicable display of ignorance, and it saddens me to no end to watch fellow Americans denigrate our LGBTQ citizens, and mock and disparage all that our great nation represents, and has represented to generations of Americans who came before us, and those immigrants who traversed unbearable odds to come to this country to make a better life for themselves, to live the American dream. It is also a slap in the face of all those before us who have worked hard and diligently for the rights we have now. To support a man that wishes to chip away at those advancements is just reprehensible to me.

Keep up the fight! Continue to expose the vileness of the current administration as well as those in various state legislatures that work to harm LGBTQ Americans each and every day. We must take our country back from these reprehensible people who wish to judge and persecute, and impose their religious nonsense on the rest of us, and replace them with elected officials that seek to uphold the constitutional precepts of our great nation – life, liberty and the pursuit of happiness, and equality for all.

That is where we go from here!  All those who cherish what America stands for, and who have been forced to watch our American ideals be flushed down the toilet since Trump took office, must stand firm and in unison to turn back the tide of ignorance and fear and return America to the days where it embraced people’s differences, respected their unique individuality, and ethnic heritage.  We must replace the denigration of the human spirit with a sense of empowerment once again, and preserve the great strides we have achieved since the Stonewall Rebellion.  We cannot allow theocratic individuals to turn back the clock on the rights that have been won. We must forge ahead with relentless zeal to take our country back from those who stomp on the constitution and what it represents.

Stop the rabid hate by religious zealots, bigots, and others of the same ilk and relegate them once again to their cold clammy caves, as well as forcing them back under their rocks from whence they came. We cannot change the darkness that resides in one’s heart, but we sure can outvote them. Vote them out on November 3rd! Vote blue no matter who!