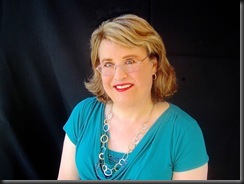 Danielle Kaufman MD, formerly David, is a transgender woman and the author of Untying the Knot–A Husband and Wife’s Story of Coming Out Together (Addicus Books, 2013). Dr. Kaufman is a board-certified radiologist at Kaiser Permanente in Santa Rosa, California, where she is chief of nuclear medicine.

Most people would assume that transitioning from male to female (MTF) is painful. For me, it’s been exhilarating and wonderful. What was much worse was enduring the pain of gender dysphoria–a term for the diagnosis psychiatrists use, formerly known as gender identity disorder. The fear, sadness, and frustration of being a woman trapped inside a man’s body was almost beyond comprehension.

My story is complicated. I was married for 20 years when I realized I was gay. On the very day I decided to confess to my wife that I was gay, she came out to me as a lesbian. We divorced but have remained friends and coparents of our children. After living for three years as a gay man, I came to realize that I was transgender, and now identify as a woman.

I have learned some lessons along the way to becoming a transwoman. Here are five pieces of advice that may make other’s MTF journey smoother.

1. Work on permanent whisker removal early on:  Removing facial hair completely can take many months. The sooner you start, the sooner you can have a whisker-free face. It’s awkward to present in public as female with whiskers. You need a 3- to 4-day beard growth in order for electrolysis to work. I’ve felt that for the most part, I need to be either male or female, but not an obvious combination (I couldn’t resist doing it a little though). Different transpeople have different levels of need or intensity about how strongly they need to transition. My need, once I truly understood who I was, was overwhelming. It felt absolutely, totally necessary to transition as fast as possible.

2. Have empathy for other people’s confusion:  Transitioning from male to female is really difficult for the people around you to understand. It’s actually more shocking to people around you than it is to you. After all, you may have been living with these feelings and thoughts for many years. Realize that while you may be unspeakably joyful at the transition, as I was, those around you don’t get to have that joy. They just have to get used to your changes. My friends, family, and professional colleagues have to call me “Danielle” instead of “David” and “she” instead of “he.” Not so easy for them.

3. Don’t isolate during your transition; go out in public:  Adapting to your true gender takes a long time, and you can’t do it away from the outside world. At some point you’re going to have to just grit your teeth and go out in public with your correct gender expression. Time and endless practice will improve your performance, and you will tend to pass better after a while. I initially ventured out in public dressed as a woman because I desperately needed to express who I am, even though it was scary. I was amazed at how quickly it stopped being scary. After a couple of weeks of running errands and shopping as a woman, it became no big deal.

4. Seek out support groups and smart resources:  For MTF transpeople, I found a couple great resources. TSRoadmap.com is a fairly comprehensive website about MTF issues, and they have a set of DVDs for purchase that go over the issues of clothes, speech, makeup, and so on. Danae Doyle, in San Mateo, California, works as a consultant for transwomen (MTF transgender) and has an excellent set of DVDs with extensive instruction on movement issues, in particular. There are also support groups for MTF transpeople. Take advantage of others’ wisdom and experience. Don’t try to go it alone.

5. Give yourself validation and believe in yourself:  As a transwoman, my own personal attitude has been critical to my happiness. I am absolutely convinced that there is nothing wrong, bad, or inappropriate about me or what I’m doing. Out in public, I am a woman dressed in women’s clothes; this is totally normal and natural. It was a little uncomfortable at first (months ago), but I don’t think about it at all now. I’m probably just as comfortable in public in women’s clothes as any born woman. I use the lady’s restroom because I’m a lady and I belong there. This isn’t the time to be politically correct and self-effacing. You’re a gift to the world–let it show!

1 thought on “Tips for Transgender Women”