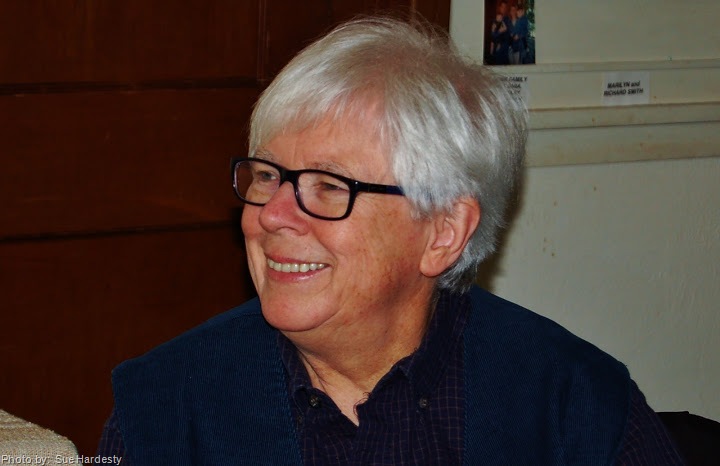 Near where I live, closeted lesbians built and installed a bench on a mostly hidden concrete path between grassy sand dunes, out of sight of any casual observer. The bench was created in the mid 1990s to pay respect to members of the group who had died.

These women did not dare to name their dead. Even the full name of their sisterhood—a name that included the word lesbian—was too terrifying to engrave. Yet, I can guarantee that every group member read Rubyfruit Jungle and for the hours they spent with it they were unafraid. Because of such books, they dared to gather. They learned to value, in a way society did not, lesbian lives.

Where did this book come from? Was it pulp fiction? Was it some straight guy’s fantasy? No. It was a crossover book before there were lesbian crossover books, a lesbian classic before such a concept existed, and it was written by a radical lesbian feminist who was one of the founders, in 1971, of The Furies Collective of Washington, D.C., and who wrote for that newsletter and for “The Ladder.”

Rubyfruit Jungle helped us to rise from the primordial patriarchal ooze of fear, humiliation and silence. Audre Lorde might have been speaking of this author with her oft quoted words, “Your silence will not protect you.”

This year, I had the honor of presenting the Golden Crown Literary Society (GCLS) Lee Lynch Classic Award to Rita Mae Brown for her 1973 novel Rubyfruit Jungle.

Published initially in 1973 by the early feminist press, Daughters Inc., which was founded by novelists June Arnold and Bertha Harris and by feminist political theorist Charlotte Bunch, this was a novel of its time, a slap in the face of the heterosexist world and a daring gift to lesbians. It, along with Desert of the Heart (1964), and Patience and Sarah (1969), was a voice of lesbian liberation, parting the curtains we hid behind with humor and insight. From it, lesbians learned they might be alone, but they weren’t the only lesbians on earth. Readers felt buoyed, felt human for a few hours or days. It changed lives and, still very much in print, continues to do so to this day.

Author JD Glass, in “AfterEllen,” quoted from Rita Mae Brown’s acceptance speech: “You’re alive—you fight. You keep fighting.” Glass reported that Brown, “…reminded us all to continue to speak our truths, to tell our stories and that if we are ‘defined by our oppression,’ then we are still oppressed.”

Author Karin Kallmaker presented Joan Nestle, in absentia, with the GCLS Trailblazer award, in recognition of her writings including Restricted Country and Persistent Desire and her activism for lesbians.

Dorothy Allison, best-selling author of Trash, and Bastard Out of Carolina, gave an impassioned and profoundly moving keynote address. She said, of a visit to the original Lesbian Herstory Archives, which originated in Joan Nestle and Deb Edel’s NYC apartment, “Oh children, I wish you could have seen that living room.” Her words brought the audience to tears.

The Golden Crown Literary Society (goldencrown.org),  founded in 2004, is a 501(c)3 non-profit, all-volunteer organization whose mission is education, promotion and recognition of lesbian literature. Known for its well-attended annual conference and its programs, including The Academy (for emerging lesbian writers), the Cate Culpepper Mentoring Program, and its awards—The Goldies—the GCLS brings authors, readers and publishers together for the betterment of lesbian literature.

GCLS is for lesbians and like-minded women. Lesbian members run it, members do the teaching and mentoring, members staple and greet and administer and judge books for the Goldies. It is one of those incredible institutions created out of sore need by a few dykes—writer Lori Lake, publisher Cathy Bryerose and promoter Kathy Smith—with stars in their eyes and ambition for their people. The annual conference draws lesbians from around the world, the U.S. and Canada.

Seeing the other writers and readers is like going to a huge family reunion. There is never enough time to spend with the women we want to see and want to meet. Yet meetups happen without planning and are some of the best experiences. My sweetheart and I bumped into author Catherine Friend the first morning we were there and we took off on the typical NOLA adventure: Cafe du Monde beignets, a trolley ride and the French Market for Loretta’s Pralines.

One evening we happened across Donna McBride, co-founder of Naiad Press, who I hadn’t see in many years. We strolled through the underground mall to the Mississippi River, catching up. Sandy Thornton, organizer of the Jewel Book Club, a large lesbian readers group in Dallas, Texas, invited us to accompany her while she picked up Dorothy Allison at the airport. I’ll always remember a smiling dykey Dorothy slowly descending that escalator. Lesbian royalty.

I could go on and on with my highlights, but would rather make more highlights with lesbian book lovers and writers in Alexandria, Virginia next year.