Sharon Sulimowicz has been a long time advertiser in Diversity Rules Magazine.  If you are in need of legal services, give Sharon a call and MAKE SURE YOU TELL HER DIVERSITY RULES MAGAZINE SENT YOU! 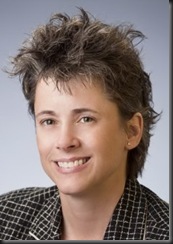 Sharon is admitted in the United States Federal District Courts for the Northern and Western Districts of New York, and is a Member of the ABA, NYSBA (Labor and Employment), Finger Lakes Womens Bar Association and the Tompkins County Bar Association.  In addition to practicing law, Sharon previously served as an Adjunct Professor in Construction Law at Tompkins Cortland Community College. She has also mentored the Dryden High School and Newfield High School Business Law students in preparing for their annual mock trial competition, and served as a judge for the area high schools’ business law course mock trial exercise at Cornell University.

Before opening her own office, Sharon was a partner at the Ithaca law firm of Thaler & Thaler.  Prior to that, Sharon was an associate at the Syracuse law firm of Bond, Schoeneck & King, LLP.  Because of her significant experience, Sharon is capable of assisting clients with any legal needs that may arise. Sharon has significant experience in all facets of litigation with an emphasis in labor and employment and employment discrimination.  She also has experience in real estate, contract disputes, adoptions and matrimonial and family court.  Her e-mail address is [email protected].