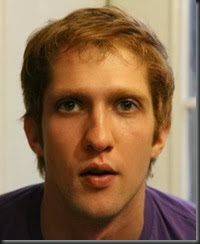 Michael writes and directs films that portray the human experience in a different light. From perspectives on social topics to intense explorations of emotional landscapes, Michael uses characters and visuals to portray states of mind.

Michael is completing post production on his second short film, Lily in the Grinder, which will be an abstract exploration of death and temporality, starring Spencer Treat Clark, in late May. He has directed three music videos and a film for the Harvard Ballet Company. His feature documentary “Castle on High” debuted at the Rhode Island International Film Festival and was praised by IvyGate Blog as “nothing short of a miracle.”

Michael is thankful for the opportunity to have worked with industry leaders such as Ang Lee, Caroline Baron, and Ted Hope. His experience on film sets large and small has prepared him well for his next task: directing a first feature film.

Shabbat Dinner is boring as usual for William Shore. His mother has invited two crazy hippies and their son and is doing her best to show off, his father is drunk and berating their oddball guests, and he doesn’t have much in common with their son Virgo. That is, until Virgo tells him that he has just come out as gay. In William’s room, the boys speak directly to each other about themselves, while just a few feet away the adults discuss trivialities about prep school, marrying Jewish, and nonfat ice cream.

Shabbat Dinner opens a window into the world of Upper Middle Class New York society, with its myriad rules and tensions. In telling the coming out story of two boys, it addresses universal issues of finding acceptance and truth as a teenager.

You can view the film at:

Check out the Facebook page for the film as well at: