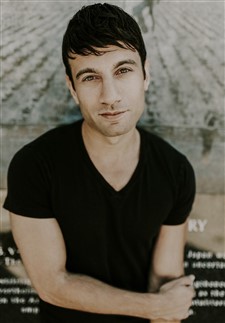 The last time I was in St. Louis I was still in my 20s, and I had the energy to party all night. After many shameless social media posts and ten years later, I had the opportunity to revisit The Lou with a friend of mine from Indianapolis. St. Louis is more or less centrally located, so it is easy to travel to from almost anywhere in North America. This makes St. Louis a fantastic destination for a long weekend getaway.

There is a variety and abundance of places to explore in St. Louis. So, immediately after checking into the beautiful Chase Park Plaza Royal Sonesta Hotel, we walked to the Saint Louis Science Center. This is just one of many attractions located in Forest Park, an area larger than New York’s Central Park. During our visit, the Science Center was displaying a riveting Pompeii exhibition. Guests had the opportunity to relive the catastrophic eruption of Mount

Vesuvius, and the rediscovery of the Roman city of Pompeii which contained more than 150 authentic artifacts and engaging interactive exhibits.

Upon entering the exhibition, we had the chance to see the variety of tools, jewelry and other artifacts from the region including; mosaics and frescoes, gladiator helmets, armor, and weapons that were frozen in time. Most memorable though were the casts of Mount Vesuvius’ victims and animals. The experience ends with a mind-blowing 4D video of the minutes leading up to the disastrous eruption.

Just a short walk from the Science Center is the Saint Louis Art Museum, one of the largest collections of fine art in the Midwest. Housed in a building reminiscent of the Metropolitan Museum of Art in New York City, the museum featured the unparalleled works of masters including Vincent van Gogh, Pablo Picasso, François Girardon and Henri Matisse. It is almost impossible to tour the museum in one afternoon, so if you are a true art enthusiast, I would dedicate an entire day to visit the space. While there, be sure to swing by Georgia O’Keeffe’s “Dark Abstraction.” I personally have never seen this work in person, and it is truly breathtaking.

For an upscale, yet casual dining experience, head to Cinder House, located on the 8th floor of the Four Seasons Hotel. The restaurant boasts wonderful views of Gateway Arch, and the food did not disappoint. We began our meal with a freshly baked order of Dia’s Cheese Bread which was paired nicely with prosciutto and gingered vegetables. Follow that with a delicious Dry-Aged Prime Ribeye steak paired with any of Cinder House’s delectable side items; most notably the Manioc Polenta, Creamed Corn or the Carrot Mole, perfectly grilled heirloom carrots with an Aji Panca mole, queso blanco and hazelnuts. End the evening with an order of the chef’s famous Churro Ice Cream Sandwich and delectable Flan. These desserts speak for themselves and are sure to satisfy the most finicky sweet tooth.

After you recover from your food coma, head to The Grove, St. Louis’ gayborhood. There really is a bar for everyone. Just John is the place where the city’s glitterati hang, while JJ’s Clubhouse & Bar caters toward the bear and cub crowd and features a pool table, darts, videogames and occasionally, go-go cubs!

Other standouts in The Grove are Attitude Nightclub, Handlebar, Atomic Cowboy and Rehab, which typically hosts drag shows and other 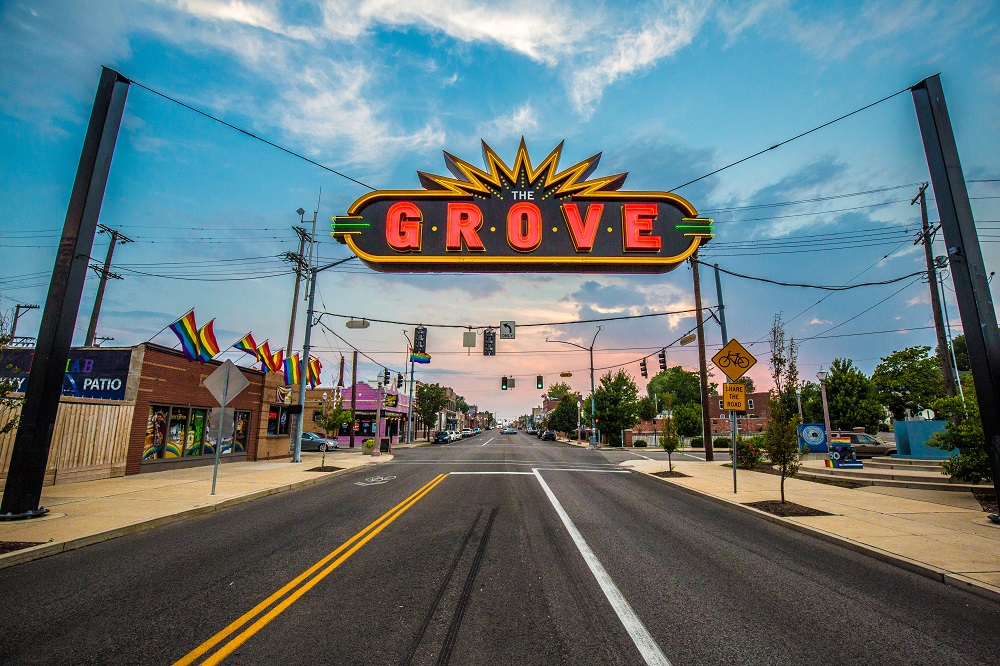 events throughout the week.

After a perfect night’s sleep back at the Chase Park Plaza, embrace your inner child at the City Museum, a playhouse-style museum, consisting largely of repurposed architectural and industrial objects, housed in the former International Shoe building in the Washington Avenue Loft District. I would visit early in the week when the museum doesn’t have as many children. Yes, I know it is designed mostly to entice children, but going on a Saturday morning may not have been my brightest moment. After about an hour and many anxiety attacks later, we decided it was time to head out and discover the city’s musical heritage.

The National Blues Museum explores and preserves the historic significance of the Blues as the foundation of American music. The building celebrates the genre’s various styles and recognizes the musicians who created, sustained, and continued to advance the art form. The National Blues Museum was designed to give visitors a tangible and memorable Blues music experience. With this in mind, it became a top priority to include a theater and performance space for hosting live concerts at the facility. There is no better way to experience the 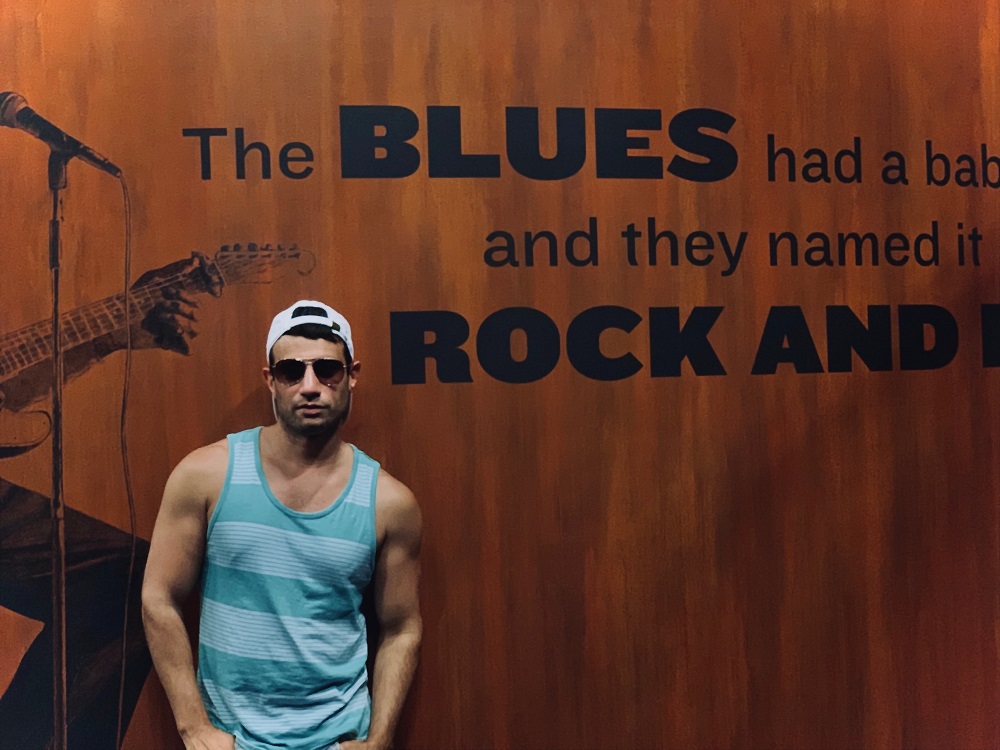 Blues than by witnessing an intimate performance of this time-honored musical genre.

Grab an early dinner at Yellowbelly, just a short walk from the hotel. The cocktail menu at Yellowbelly is one of the most creative I have seen in recent memory. Try Lion’s Share, a delicious mix of Kentucky bourbon, amontillado sherry, white miso, almond, passionfruit, lime juice, and nutmeg. For starters, we ordered the Pork Carnitas Tacos, prepared with adobo, grilled pineapple, jalapeno, crema, and cilantro. The pork was extremely delectable, and I was tempted to order a second serving. However, for our entrée, we shared the Whole Fish of the Day, which was Rainbow Trout served with Hanoi-style Vietnamese Salsa. The fish was cooked to perfection, but I was hoping it was served already fileted. Instead, we spent most of our time trying to pick out the bones. All in all, we enjoyed the restaurant and the welcoming staff, who adorned rainbow pins.

No visit to St. Louis would be complete without a trip to the iconic Gateway Arch. At 630-foot-tall, the arch is the tallest monument in the United States and pays homage to Thomas Jefferson, and his ideas for America’s westward expansion. The arch was designed by 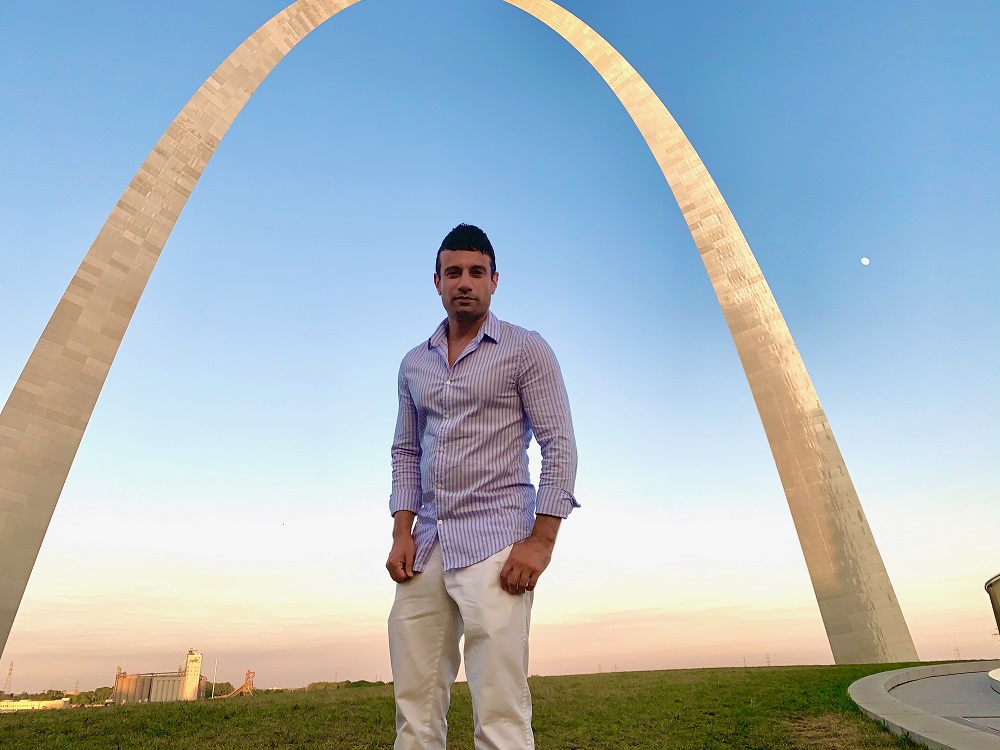 American-Finnish architect Eero Saarinen. The ride to the top takes approximately 4 minutes and once you get to the top, you will be delighted by unobstructed views of the city and parts of Illinois. One of the best times to visit is the early evening where you can catch the sunset over the city, and if you’re lucky, get a birds-eye view of a St. Louis Cardinals game at nearby Busch Stadium.

Believe it or not, there are some attractions we missed on this visit to the city, and I was asked to visit again in a few months to hit the spots we didn’t have time to see. Being a hockey fan, maybe next time I’ll be able to catch a Blues game.