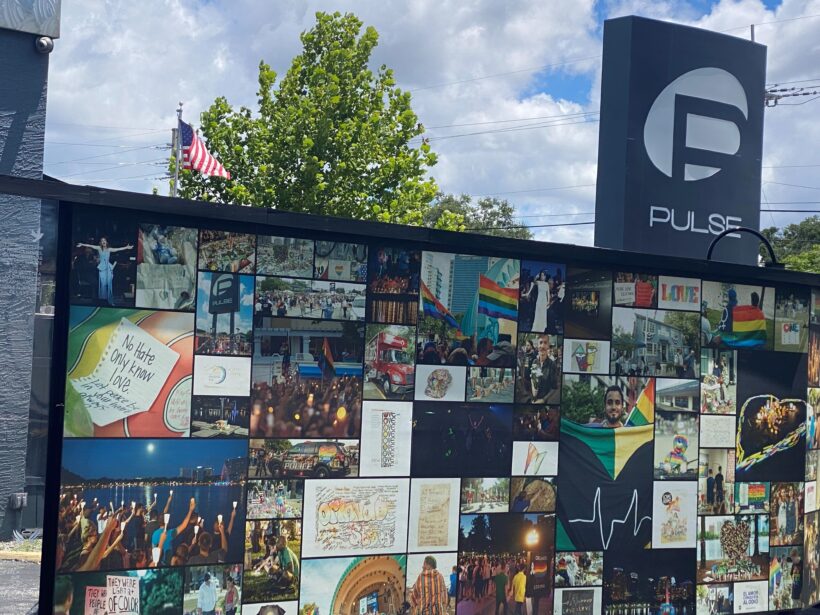 Orlando has always been a place close to my heart. Back in 2002, I attended graduate school there as well as worked in the music industry for a company that launched the careers of Backstreet Boys, *NSYNC, O-Town, and other stars. I even managed a boy band of my own around that time. I really enjoyed living in Orlando. It was also where I finally admitted to myself that I was gay, although I didn’t officially come out to my family until a few years later.

When I heard U.S. Travel’s IPW convention was going to take place in Orlando this year, I knew I had to go.

I stayed at the Hyatt Regency Grand Cypress, which is perfectly situated within minutes of Walt Disney World parks and just a short drive from Universal Studios. The property is massive and contains a separate fitness building, a resort-style pool with a bar and live music as well as a convention area.

Epcot was always my favorite park to visit as a child, so I was excited to learn that one of the main events for the conference would take place there. We got to experience the park without the crowds, which was quite pleasant, especially when it came to the newer rides Frozen Ever After and Guardians of the Galaxy: Cosmic Rewind. Seeing the iconic globe lit up at night is as magical now as it was when I was younger.

Ironically, the conference coincided with One Magical Weekend, so I also had the opportunity to visit two LGBTQ parties while there, the first being the annual Red party at House of Blues and the second being OMW’s Therapy pool party at Sheraton Lake Buena Vista Resort. People from around the country travel to Orlando for this event, so I ran into many friends during that weekend, some of which I hadn’t seen in years.

My visit wasn’t all fun and games though. I think we all remember where we were when we heard the news of the Pulse massacre back on June 12, 2016. A few years ago, the owner of the club opened an interim memorial with the goal of raising the funds to open a permanent space that would pay homage to the forty-nine beautiful souls lost that day. Located at the site of the original club, the current memorial contains an offering wall where visitors can leave flowers or mementos.

There are three viewing areas of the building. Visitors will be able to see the waterfall at the entrance of the club, a wall of the building where the forty-nine names are inscribed, as well as the area where people were rescued from the restrooms by first responders.

The memorial also has a Ribbon Wall of Photographs, filled with pictures of the community and the world’s response to love, support, and artifacts collected from the Orange County History Center. It’s a very emotional experience but one you need to do if you’re ever in the area.

A few miles away is the new Hall at the Yard development, an upscale food hall venue. One of the highlights is a restaurant called The Chef & I, which is owned by my friends Erica and Chris Rains from Nashville. Every time I visited their restaurant, I knew I was about to experience something special. The Chef & I is one of my favorite restaurants in Nashville and I’m sure it will be a hit with the Orlando community. The restaurant throws a delicious brunch, featuring menu items like Duck and Waffles, Brined and Smoked Salmon Benedict as well as their Hot Salt Chicken.

People often forget that Orlando isn’t just a theme park. There are many beautiful towns in the metro area that are worth visiting. Antique collectors will really enjoy the charm of Mount Dora, while Dr. Phillips has emerged as a culinary epicenter boasting a variety of fine dining restaurants.

However, my favorite neighborhood to visit is Winter Park and more specifically, Park Avenue. The cobblestone street is lined with wonderful boutiques, and outdoor cafes and is adjacent to Rollins College, my alma mater. Located in Winter Park, The Charles Hosmer Morse Museum of American Art is home to the world’s most comprehensive collection of works by Louis Comfort Tiffany. The Museum’s Tiffany collection includes jewelry, pottery, paintings, art glass, leaded-glass windows and lamps, and the chapel interior the artist designed for the 1893 World’s Columbian Exposition in Chicago.

Orlando is known for having a wonderful LGBTQ scene. One of my preferred low-key places to enjoy a cocktail is Savoy, located just north of downtown. Every time I visit, I usually end up there with friends. Some other popular spots include Stonewall Bar Orlando and Southern Nights.

Orlando Pride is also one of the largest pride events in the state. This October, Coming Out With Pride will take place on Saturday, October 15 at Lake Eola Park downtown, and will be surrounded by a host of other events throughout the week leading up to the festival. While downtown, try to catch a show at the Dr. Phillips Center for the Performing Arts. The sparkly new building hosts a variety of touring Broadway shows as well as performances from major artists in addition to Orlando’s many local
performing arts organizations.

The next time you visit Orlando, I would encourage you to venture outside of the amusement park areas to get to experience the city. I met so many wonderful people when I lived there, so I would love for you to get to know the locals the way I did.

Enjoy the Journey! Catch Joey’s other articles on the Blog!