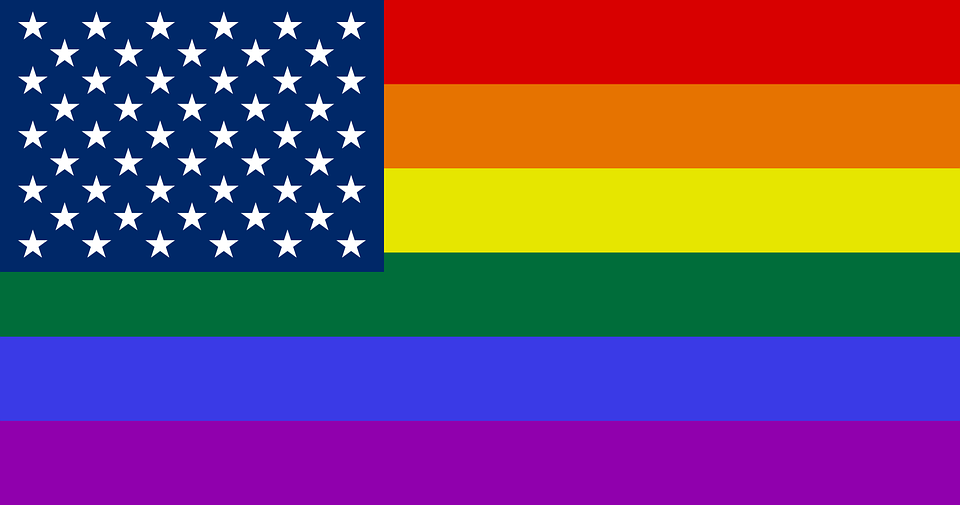 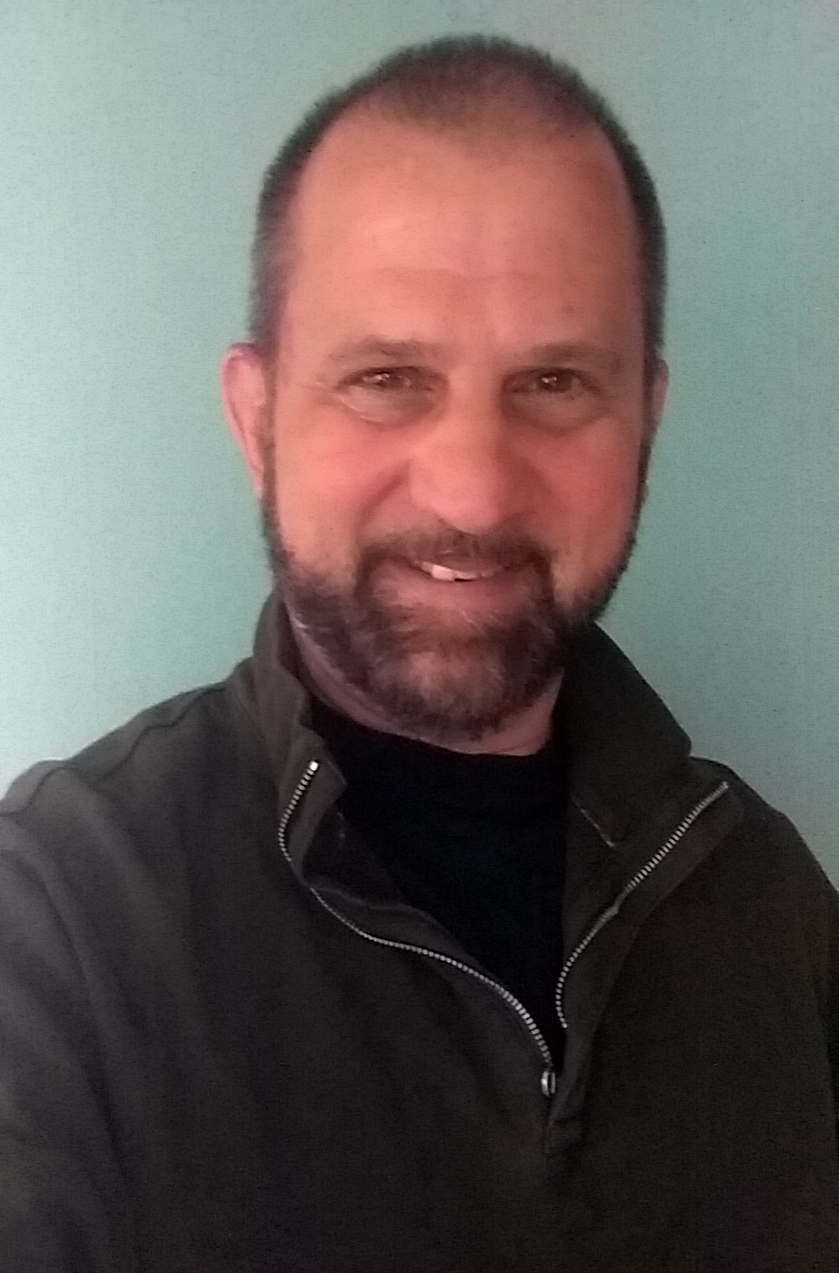 Jim Koury is the Editor/Publisher of Diversity Rules Magazine, an alternative focus publication primarily dealing with the gay community’s concerns and issues, along with issues of diversity generally. He is an activist who is not afraid to ruffle some feathers. His main objective is to get people to think and think for themselves. He espouses Aristotle’s mantra, “It is the mark of an educated mind to entertain a thought without accepting it.” Jim does not force his views on others but just puts them out there for folks to think about and discard if they wish.

June has arrived and with it comes the beginning of Pride Season! It is that special time of year when queer folk and allies throughout the nation and the world come together to celebrate their individuality, and the diversity of our humanity.

More importantly, it is a time for us to remember those who put their lives on the line back in 1969, on that hot, summer night in NYC when a group of patrons at the Stonewall Inn rebelled against police persecution. They pushed back when the bar was once again raided by police, like so many times before, simply because it was a gay bar. We must keep the memory of those who stood their ground that night and said, “NO MORE.” Little did these brave patrons know that their action that night would reverberate around the world, and foster what would become the modern-day gay rights movement. Unfortunately, many of our youth of today have no clue about the rebellion and why we march in the streets in the month of June.

There are also many in our community who believe we no longer need pride celebrations. They think we should assimilate into the greater society because of the advancements made since that contentious night in 1969. Nothing could be further from the truth, especially given the current toxic political environment in which we must endure. I believe those in the queer community who feel assimilation and being like everyone else is the path we should take are as delusional as those who think Trump is doing a good job as President. We are a unique group of people who have fought long and hard for the rights we have. There are still places in this country that discriminate based on one’s gender identity and sexual orientation. There are places in this country that wish to deny basic rights to people because of their gender identity and sexual orientation. To idly sit back and say we no longer need to celebrate our unique diversity is an abdication of our obligation to speak out on behalf of those who cannot or those who are not ready to do so for themselves.

We must reject these attempts to play down the importance of pride celebrations. We are not all the same. We are different. We are individuals, not an acronym. We are the essence of the spirit of diversity in our nation and around the world. To assimilate and not hold pride celebrations would be to deny our uniqueness and lessen the memory of the trailblazers that ignited the spark of our movement so many years ago.

Yes, in a lot of ways we are like everyone else. We are human beings with feelings, aspirations, health issues, and other such things everyone else experiences. However, we ARE uniquely different simply because of who we are, and who we love, and we are discriminated against because of that inherent difference.

I am grateful that many embrace and support me. Yet, there are many times I still wish to commune only with those like me, that intimately understand the struggles we face as an LGBTQ community. To ignorantly state that we no longer need those places to be with others like us is a grave failure to grasp the reality we still face, given the hateful rhetoric coming from our government. A government that has empowered those who support it, to openly and without remorse, to vilify and degrade LGBTQ individuals, and in some cases, cause physical harm to queer people.

Establishments that predominantly cater to the queer community are safe havens for many of us, who seek comfort and solace from those like us. To say we no longer need these places, because we have become integrated into the mainstream is a grave injustice to those still struggling with their gender identities and/or sexual orientation and who intimately know and understand that integration/assimilation has not happened, nor will it ever!

Additionally, many of us have been the target of discrimination and harassment because of our sexual orientation. Pride season is a time to stand up to the bigots and others who want to see us subjugated to second class status once again and use intimidation and shame to achieve their ends. I am one of those who was threatened and it is a reason why I will always hold pride season near and dear to my heart. I received an anonymous threat which warned of physical harm if I did not stop publishing my magazine, Diversity Rules. I had decided then that I was not going ever stop producing Diversity Rules and I would always speak my mind on equality and justice at all costs, no matter the consequences. Pride season is a vehicle through which to do so.

This pride season also brings happy memories when I am reminded of the exhilaration I felt, as the then City Clerk of the City Oneonta, of arranging to have City Hall open the Sunday same-sex marriage was legalized in NY. It was such an amazing day! There was also a wedding reception following the closing of City Hall. It was an honor and privilege to be able to facilitate the day and have it become an even more memorable one for 3 couples because they were able to be legally married.

I reflect back on my first pride celebration in New York City, probably 20 years ago now. It certainly was a different animal than many of the pride celebrations of today, and definitely much different than those of the very early years after Stonewall.

It was an amazingly electric experience, having never been to any pride event before, since I had just nicely come of my dark closet, at a late age of 37. I remember a relatively unsanitized pride, characterized by a degree of debauchery, sexual innuendo, and people just expressing themselves in any which way they felt appropriate. The focus then was much less on corporate floats, and sponsorships, and much more on advocacy and celebrating our uniqueness.

Today’s pride celebrations, unfortunately, have become much more sanitized and corporatized, with a greater emphasis on corporate sponsorships with their floats, and less emphasis on advocacy, protest and a free embrace of all queer folks who fall under the LGBTQI+ rainbow. Political correctness, unfortunately, has sanitized many pride celebrations in order to have them appeal to a broader swath of the American public. While I certainly feel more integration into the mainstream is a good thing, at the same time, I feel sad that a part of us is being subjugated and lost to the desire to be non-offensive and to try to make everyone happy.

Given our history, and what pride has evolved into, what is the future of pride celebrations? Unfortunately, we will never have the marches and pride events that were spawned after the riots of 1969. Pride events embodied rebellious energy, and a spirit of empowerment, intermixed with a radicalism that was needed at the time. As our nation and society moved toward greater acceptance, the radicalism, and the “out there” nature of pride parades became more subdued, and co-opted by those who, sadly, wanted to remove the fringe elements of our big rainbow tent from the public eye, due to a desire to not offend the corporate powers that be that have become standard in pride celebrations throughout the nation. This is a travesty, and an insult to those who risked their lives to be able to be who they were, in a period of our history that was not accepting of queer people.

I believe, given our current political environment that has been polluted with fake Christians spewing their phony religious pronouncements of faith, and their attempts to corrupt our nation’s governments with their skewed and vile paradigms of what they think America should be, we need to recapture a bit of that radical spirit that was everpresent in the pride events following the Stonewall riots.  The situation today is no less grave than it was in June of 1969. There are just different players in the game who wish to silence us and relegate us back to the closets from which we fought so hard to emerge.

The attempts to remove hard-fought rights and privileges accorded to everyone else but denied to those because of their sexual orientation and gender identity, has become an accepted practice, with laws being passed in the name of religious liberty, that in effect allow businesses and others to deny service, medical care, other important life-saving procedures to LGBTQ+ individuals. In sum, 2019, sadly, has brought an onslaught of derogatory and dehumanizing legislative initiatives that are an affront to basic human dignity and empowered by a repulsive federal government spearheading many of these anti-LGBTQ initiatives.

These are the reasons pride season is important to me and reasons why I unabashedly do and say what I do, and proudly and loudly express myself, while at the same time not being afraid to speak my truth. We must be proud and loud about who we are and of our individuality. We must be proud and loud in the face of persecution by homophobic bigots. We must be proud and loud in remembering those who came before us who took a stand and did not back down in the face of police persecution. We must simply be PROUD AND LOUD and demand the right to live our lives in peace and with those whom we love, like everyone else, without fear of repercussions for doing so. We will not go back. We are here to stay. Our detractors will ultimately be defeated and forced back under the wet, dank rocks whence they came.