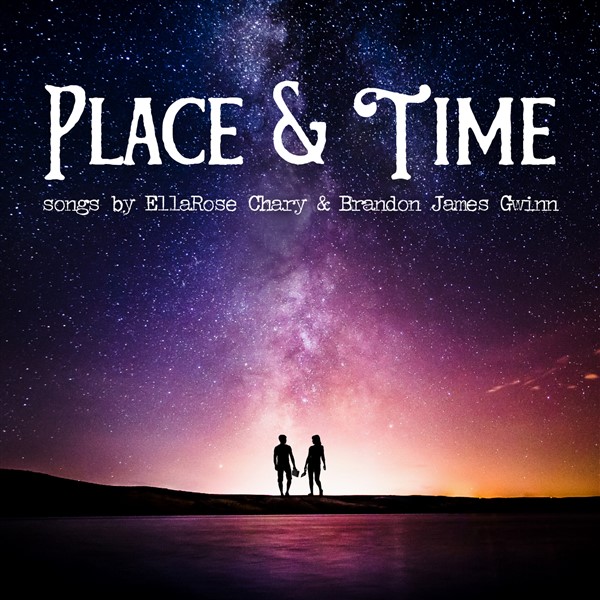 Tituss Burgess joins Broadway artists from under-represented segments of the theatre community in the new musical album, Place and Time, released December 3. The album shines a spotlight on women, queer POC, theys, enbys, and transgendered people. “We are here too,” says co-creator EllaRose Chary, a lesbian, “and like everyone else, we experience a range of feelings and circumstances that aren’t all centered on our trauma or our otherness.”

Songs are fun, flirty, emotional, and nostalgic; sung by an all-star cast of Broadway performers and Tony Award winners who are revved-up, spiced-up, and sometimes fed up. “We hope listeners will relate to the characters and maybe even see themselves reflected in the canon,” says Chary’s writing partner Brandon James Gwinn, who identifies as queer and gender fluid. The duo recently won the 2021 Richard Rodgers Award for their musical, TL;DR Thelma Louise; Dyke Remix. Place and Time is a culmination of their ten years working and writing together; their musical and gender awakening.

Musical theater is often regarded as being “so gay”, but EllaRose Chary and Brandon James Gwinn feel that despite that, it’s often not very “queer.” The writing team behind the 2021 Richard Rodgers Award-winning musical, TL;DR Thelma Louise; Dyke Remix, aim to change that. Their new album, Place and Time, is shining a spotlight on women, queerPOC, theys, enbys, and trans folk. “We are here too,” says EllaRose Chary, “and like everyone else, we experience a range of feelings and circumstances that aren’t all centered on our trauma or our otherness.” Place and Time feature Broadway artists from under-represented segments of the community singing about emotions that all can relate to. The songs are fun, flirty, emotional, and nostalgic; sung by characters who are revved-up, spiced-up, and sometimes fed up. “We hope listeners will relate to the characters and maybe even see themselves reflected in the canon,” says Brandon James Gwinn. Starring Tituss Burgess, Amber Gray, Telly Leung, Tony Award Winner Daisy Eagan, and an all-star cast of Broadway performers, Place and Time will be available on Spotify and Apple Music on December 3.

“Even as a young gay man, I always had problems fitting neatly into the cis and straight culture at large,” admits Brandon James Gwinn, who identifies today as queer and gender fluid. EllaRose Chary agrees.

“There are a lot of us who don’t feel beholden to any one label or identity. We exist on a spectrum. A big part of my coming out has been trying to decipher what part of the LGBTQ puzzle I fit into.”

Place and Time is a culmination of Chary and Gwinn’s musical and gender awakening. Developed over ten years of working together, songs are mostly queer-themed with emotional surges that are character and story-driven. They include “Always Heard, Never Seen,” written from Ella’s own experience of being a woman in queer spaces dominated by cis white men, and “Why I Chose,” about feeling somewhere in the middle between male and female, much like Brandon’s real-life story.

Throughout the album, there are solid influences from folk, as well as protest songs, pop-rock radio, and 70s era tracks. Also featured on the album is “The Things I Don’t Say,” the first song Chary and Gwinn ever wrote together, sung by Telly Leung (Aladdin, Glee).

EllaRose Chary and Brandon James Gwinn are the Richard Rodgers Award-winning and Drama League nominated writing team who have received grants from NAMT and Anna Sosenko Trust. They are Dramatists Guild Fellows, Ars Nova Uncharted, & Rhinebeck Writers Retreat Triple R Residency alums and were recently featured in NAMT’s 33rd Festival of New Musicals. Their shows have been produced at City Center, Joe’s Pub, 54 Below, Theatre C, The Tank, UArts’ Polyphone Festival, All For One Theater, Prospect Theater, and more. They created Tank-aret, a monthly cabaret series at The Tank featuring underrepresented artists. Their immersive, soundscape-driven theatrical experience THE SÉANCE MACHINE was part of the Tank’s 2019 Obie-Award winning season.

Place and Time was recorded in New York City, at John Kilgore Sound and Recording, with engineers M.P. Kuo and Jabbath Roa, and at MPK Recording and Teddy Kitty Studios. It is co-produced by Kimberly Hyacinthe.