Filmmaker Eric Casaccio is raising funds to produce his next film, NARCISSIST.  You can help Eric by donating through is Indiegogo campaign page at: 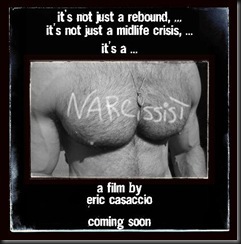 NARCISSIST is born from a painful heartbreak … a heartbreak feeling like one’s soul was psychologically raped, discarded, and left feeling worthless. But without pain there is never any strength, and without strength there is never anything truly accomplished or learned. It’s true, what doesn’t kill you, makes you stronger.

Having a relationship or involvement with a narcissist is something hard to comprehend. By the end of it, one often asks, “Where did the person I first meet go?” Accepting the truth that he/she never really cared, and that it was all just a lie is the toughest pill to swallow. After extensive research on the subject matter of narcissistic personality disorder, creator Eric Casaccio was astounded and fascinated with the amount of people who suffered from this kind of situation, healed, returned to their happy selves, and ended up in a much better situation. This story shows all of that in just nine and a half pages! 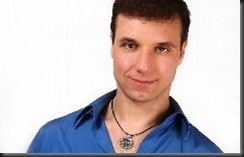 In January of 1997, Eric moved to Los Angeles to pursue acting and writing and subsequently wrote his first feature screenplay David’s Walls.  After completing several drafts, he became determined to bring his creation to life.  Shortly thereafter, he became involved in production working on features, commercials and music videos.  Combining his experiences in production and casting, he produced a five-minute experimental music video for David’s Walls offering viewers a brief symbolic vision of the story with abstract glimpses of the main characters.  David’s Walls screened in several festivals around the country, including the Northampton Film Festival and the Long Beach International Film Festival garnering positive reviews along the way.

Eric’s most important accomplishment is Psychic Glitter, an onstage charity event production responsible for raising $1978.20 for The Trevor Project honoring the memory of Lawrence King, a teenager shot and killed in school for his sexual orientation and gender expression.  Eric wrote, produced, co-directed and even played a feature length lead role while spreading awareness for an unforgettable tragedy.

1 thought on “Narcissist The Movie”