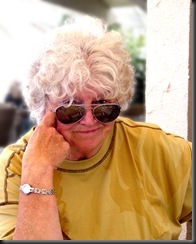 Patricia Nell Warren grew up on the historic Grant-Kohrs Ranch in Montana, now a national park.  She spent many years working in the New York media, and has lived and traveled extensively in Europe.  She now resides in Los Angeles County, where she writes both best-selling fiction and provocative political commentary.  While her earlier works issued from establishment publishers like William Morrow and Random House/Ballantine, today Wildcat Press is her own independent award-winning publishing company and imprint, founded in 1994.

Warren is best known for her 1974 landmark gay-themed novel The Front Runer.  She came out the same year that The Front Runnerfirst appeared.

Warren has also been politically active for decades.  In 2007, she ran for city-council office in West Hollywood, CA, and lost, but appreciated the insight into politics that she gained. She was also involved in fundraising for President Obama’s campaign.   Over the years, she has been involved in some key court cases on human-rights.  They range from women’s rights (Susan Smith v. Reader’s Digest in the 1970s) to free speech (ACLU v. Reno and ACLU v. Gonzales in the 1990s and 2000s).  She has won a variety of literary awards, ranging from Lambda Literary to Independent Publisher Gold Medals.

Over the years, Warren has written for a variety of mainstream, academic and LGBT publications.  Her blogs can be found at  Huffington Post, Outsports.com and Bilerico Project. 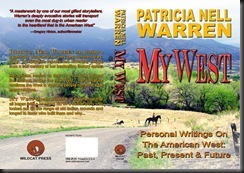 In June 2011, she published her 10th book title, My West.  She spent the last 50-plus years carving out a body of short works that both celebrate and scrutinize her native West.  Her articles, commentaries, editorials, blogs, investigative reports and historical pieces have appeared everywhere from The Reader’s Digest and Persimmon Hill to Huffington Post and the Hot Springs Little Baldy Press.  In My West, she collects a sagebrush bouquet of 47 favorites on everything from agriculture to zest, by way of cooking, ethnicity, history, politics, sexual orientation and other subjects.

In his foreword, noted author/filmmaker Gregory Hinton, himself a born Westerner, says of this book: “A masterwork by one of our most gifted storytellers.   Patricia’s deeply evocative stories will quickly transport even the most dug-in urban reader to the heartland that is the American West.”

For more information on My West and Patricia’s other book titles, call 818/246-2766 or email [email protected]