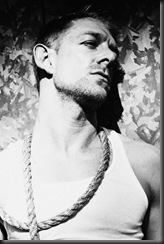 Singer, songwriter, and photographer – Matt Gold’s creative talents shine through in all that he does. His music career began when he was 18 years old. A self-taught pianist, Matt’s musical expertise comes not from a book or institution, but from countless hours in the studio and performing live throughout the Bloomington, Indiana area. Influenced by artists such as Tori Amos, Depeche Mode, The Cure, and Radiohead, Gold’s sound has evolved and grown with him over the years.

Though his early music is described as “more angry and aggressive,” in recent years Matt has created his own coffee shop niche. “It’s interesting to see how you transform as a person” says Gold. Bil Browning of Bilerico.com wrote, “Imagine if Rufus Wainwright joined Depeche Mode and then had a baby with Tori Amos… Get the picture? The baby would be Matt.”

Singer/songwriter Matt Gold hails from midwestern America, but his music is quickly gaining ground worldwide. Gold is truly one of 2013’s breakthrough musicians.

The openly gay artist made a name for himself playing original compositions at college campuses and small venues before releasing his first album, “Drown Before You Swim,” in 2012. Music videos to support the album’s three singles have been viewed thousands of times online.

Not only has “Drown Before You Swim” sold briskly on iTunes and Facebook, it ranked in Amazon.com’s Top 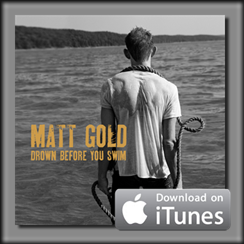 20 Adult Contemporary music downloads for weeks and is continuing to earn rave reviews from bloggers, critics, and fans. Gold’s social media clout has also risen considerably over the past few months; the number of his fans and followers tripled in the first part of 2013 alone.

Known for his haunting lyrics and soaring melodies, Gold’s plaintive voice compliments his musical compositions with lyrics that strike deeply into the listener’s life. While most of his earlier work was darker and more melancholy, his latest songs have been more upbeat and radio-friendly.

Gold spent the early part of this year in Los Angeles recording a new album with Grammy winning producers Kenny Aronoff and David Bianco. He anticipates releasing his new album during the summer of 2013.

Gold’s latest video supports his song “Void.” You can view the video on YouTube.

“The song “Void” is about the damage that occurs emotionally after a break up and how it leaves you feeling empty and lost. I wrote this after my last relationship and found it really hard to rise back into everyday life as I knew it,” Gold says. “While the song comes from a place of sadness and despair, when I was recording the track I felt an anger that I had forgotten existed. Mostly the frustration of losing something I could no longer sustain.”

The album is available on iTunes and Amazon.

To see all the exciting features in the September issue of Diversity Rules Magazine, SUBSCRIBE TODAY!