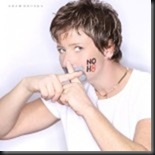 Diversity Rules Magazine is proud to announce that Sally Hall, Founder of ThatsSoGayLIVE, will be the March feature cover interview.

Sally has put together a Gay News & Entertainment Network, in which the community puts together LGBT news reports around their cities, PLUS, anyone can create or submit their own show in order to be part of the ThatsSoGayLive media broadcasting network.

Sally started ThatsSoGayLIVE two years ago and she looks forward to sharing the design and the efficiency behind the ThatsSoGayLive Gay Media Broadcasting Channel.