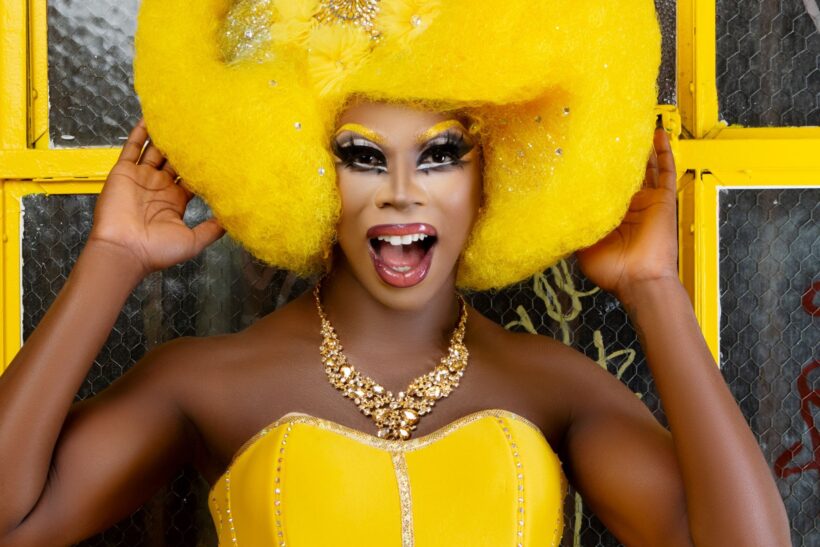 With over a decade of experience in the entertainment industry, James Heath-Clark, a.k.a. Honey Davenport, has left an indelible mark on the New York City nightlife scene and beyond, touring the world as a singer, dancer, actor, drag superstar, and club DJ. They are a recording artist and vocal activist whose music speaks to the experiences of the oppressed, advocating for equality for all. Today they announce a new EP, LOVE IS GOD, out on January 14, 2022. A new video for the title track, featuring Manila Luzon and Electropoint has also been shared.

LOVE IS GOD is a collection of songs about love and overcoming dark times with an overarching story of judicial and sexual liberation. The five tracks draw upon a myriad of inspiration — from pop, disco, house, and reggaeton — while spreading a message of social justice and change. It features the iconic house DJ / nightlife legend Kevin Aviance (of the House of Aviance) as well as drag superstars Manila Luzon, Tammie Brown, LaLa Ri, and Jackie Cox.

Of the EP, Honey shares: “Mama Ru always reminds everyone to say love, so I choose to sing about it. I believe that love is the driving force of human existence. All of our emotions and our actions derive from our desire to feel and experience “love.” If there’s one thing I want my listeners to take away from the LOVE IS GOD EP, it’s that love has infinite possibilities. I created some bops with my dearest drag sisters that really share a message of love and hope to overcome dark times.”

LOVE IS GOD: THE VISUAL ALBUM, a short musical film directed by Honey Davenport featuring a story woven together by all the songs on the EP, will be released in 2022.

Hailing from West Philadelphia, Davenport holds 18 pageant crowns, six Glam Awards, a 2020 GIANT Fest award for “Music Artist Of The Year” and zero tolerance for discrimination. Since appearing on Season 11 of RuPaul’s Drag Race, they have released 9 singles, including “Draw The Blood” which debuted at #26 on iTunes. Additionally, they have appeared as a guest panelist on VH1’s Black Girl Beauty, will appear in the upcoming feature-length film God Save the Queens and were featured in an international ad campaign by Trustpilot in 2019. During the pandemic, Davenport’s digital content was featured in Rolling Stone, Pink News, and Billboard, who called them a “practical master class.”

Honey Davenport’s off-Broadway theatre credits include leading roles in The Electric Highway and Trinkets as well as a major role in The Orion Experience. They also performed in the Broadway national tour of Hairspray. New York Magazine has called Davenport one of the Top 100 Most Powerful Drag Queens in America, Paper Magazine called them “a New York icon”, and RuPaul’s Drag Race declared Davenport “legendary.”