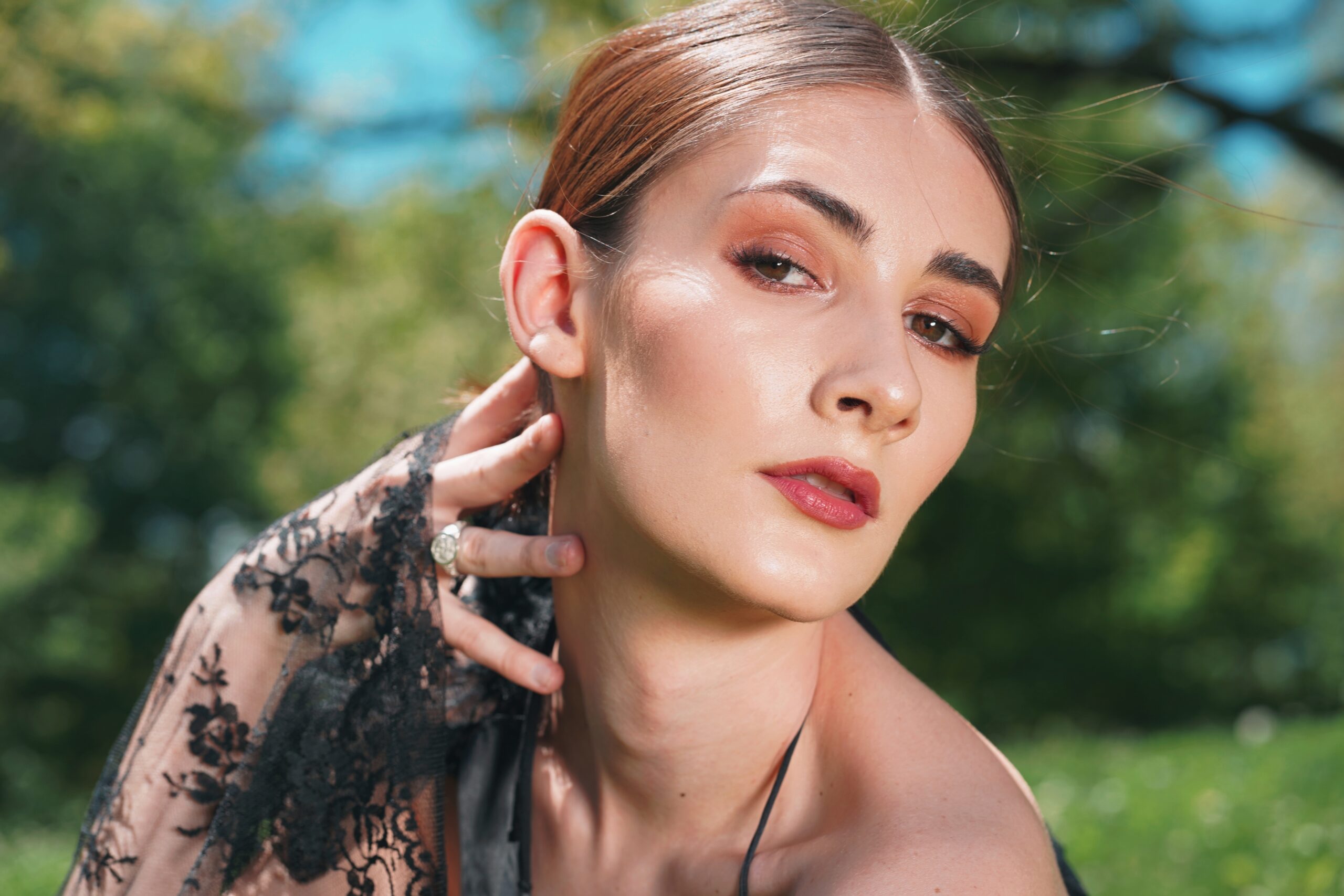 Juliet is transgender and received her own recognition for suing her school over the bathroom issues, as some of the people in her hometown in Pennsylvania were not always inclusive and accepting. She has turned the hardships that she has faced during her younger days and transition into a positive, by creating a nonprofit with her mom to help LGBTQ+ members in the Pittsburgh area receive housing if they have been kicked out of their homes, or any supplies they need to survive.

JRK: Before we get into the interview can you tell readers a bit about Juliet Evancho, where you are from, and all that good introductory stuff?

JE: I’m from Pittsburgh, PA! I’m 22 and I’m a trans woman aspiring to delve further into the modeling and acting industries. I strive to be a good role model to trans youth all over the world.

JRK: You knew at a very young age that there was something different about you and that you knew you were not gay. When did you start to “feel” things were different in terms of your gender identity, and what began to outwardly manifest in terms of your behavior that verified the feelings you were having about yourself?

JE: I’d always known yes, but I didn’t know that it was even possible to BE my true self until I was about 15 when my mom and I had a conversation about it. I thought I was just stuck being a gay man and that was going to be as good as it got for me. Immediately after realizing that there were steps I could take to get to my true self, I started my transition with hormone blockers. As for my outward behavior, I was always very feminine, even when I was little, I refused to play as a boy in make-believe games with my sister, Jackie.

JRK: At the same time you were beginning to explore your gender identity, your sister catapulted to fame on America’s Got Talent. What were you feeling about her impending fame in terms of your evolution as a transgender individual, and how it would impact you personally?

JE: Oh, wow this is a great question! I was actually 12 years old when Jackie first went on the show. So I knew I was different in a way, but by that time I didn’t know that I could do anything about it. I will say, I was nervous in the years that came after, when I did realize I could take steps to being myself. My sister was well into the limelight and part of me wanted to just start fresh as the real me. Though that wasn’t possible, people would wonder where Jacob went, and who Juliet was. It was then I decided to embrace the limelight, and use the platform I had, to show trans people, trans youth especially that life could still be beautiful and full of love and happiness, no matter the circumstances.

JRK: What was the turning point when you knew you were a girl, and not Jacob any longer?

JE: Probably the first time I presented as 100 percent female, it was like a rebirth honestly. A phoenix rising from the ashes. It was the day after my 18th birthday, my entire family was there, extended family too. I told them all that day. I felt empowered and beautiful, and that was when I could say goodbye to the person I pretended to be for so long.

JRK: How did you begin to tell people about your gender dysphoria? For those that may not know what exactly the term means, can you explain that a bit, as well?

JE: Gender dysphoria is basically the technical term of saying, your brain doesn’t match your body. I first told my immediate family, and my father had some trouble with it, I then told my extended family and friends and I was so happy that I was accepted with open arms.

JRK: Coming out as an LGBTQ individual is hard enough to do in terms of the fear and anguish one feels about telling others about their sexuality. The fear and trepidation of accepting oneself as transgender have to be immense as it is a completely different set of circumstances that one has to deal with. How did you deal with it? You mentioned you suffered from depression. Can you tell us a bit about your progression forward and dealing with the accompanying depression you felt?

JE: Wow coming in with more good questions! Honestly, I wasn’t scared once I embraced the fact that this was me, and I was happier. It only started to feel bad once people at school treated me differently. The depression I’d felt for so long came in waves it seemed. Some days were better than others, but I had to remind myself of my worth.

Before I fully transitioned, but knew I was trans, I felt attention from men validated my femininity. It led to horrible circumstances that inevitably resulted in my sexual assault at 15. I trusted the wrong person and they took advantage of me. It put me in a depression that I’d never experienced before but I had and still have, an amazing support system to help me.

JRK: When was the moment you decided to venture out in public as a girl? How did you prepare for it? What were you feeling when you decided to take this huge step in your evolution as a transgender person?

JE: It was after my 18th birthday when I told the rest of my family that I was trans. Before that, I’d simply presented myself when my father wasn’t around in the safety of my home. Though again, when I first came out, my father had the hardest time, so it was hard to feel comfortable in my own skin sometimes. Thankfully he came around after watching home videos and realizing, “Wow I never had a son, she was always my daughter.” Definitely a tear-jerking moment for us!

So, I remember going to a clothing store with my mom, and I was so nervous, we were shopping for clothes for me! I remember my mom pushing me into the dressing room and making me model the clothes. She’s always been my best friend and biggest supporter, I couldn’t have done any of this without her.

JRK: Coming out as queer or transgender is never easy. How did you cope with the ignorance and comments on social media about transgender persons? Did you experience any of the attacks personally?

JE: Truthfully some of it was really hard. Especially with a famous sister, I received a lot of hate. People have a knack for pinpointing your biggest insecurities and just tearing into you. It’s something I’ve never understood. How people can be so horrible to another human being. I found that a lot of the rudeness came from fear and lack of understanding, so educating was and is the biggest defense against people like that. Just remember you can’t help everyone, and some people just won’t ever get it, that’s their loss, never yours. That’s what helped me, realizing my self worth and knowing that I’m an amazing human being who deserves compassion and understanding, and nothing else mattered.

JRK: You stated your family has been very supportive. What advice can you give to those persons who may not have such supportive alliances at home and with friends?

JE: There are people out there who will love you and support you. There are places, centers, communities that are there to help you. Use the resources to be happy and things will get better.

JRK: What kind of support networks did you tap into after you began your progression forward as Juliet?

JE: Mostly my family and friends. Though I also used forums to learn more, and have support from people like me.

JRK: Is there any final words of wisdom you wish to impart to readers or talk about anything that has not been covered?

JE: To everyone reading this, KNOW YOUR WORTH. You are a beautiful, bright human being full of life and a whole lot of love to give. Find your people, find your place, and flourish. Lifes too short to stay stuck.

1 thought on “Know Your Worth!”