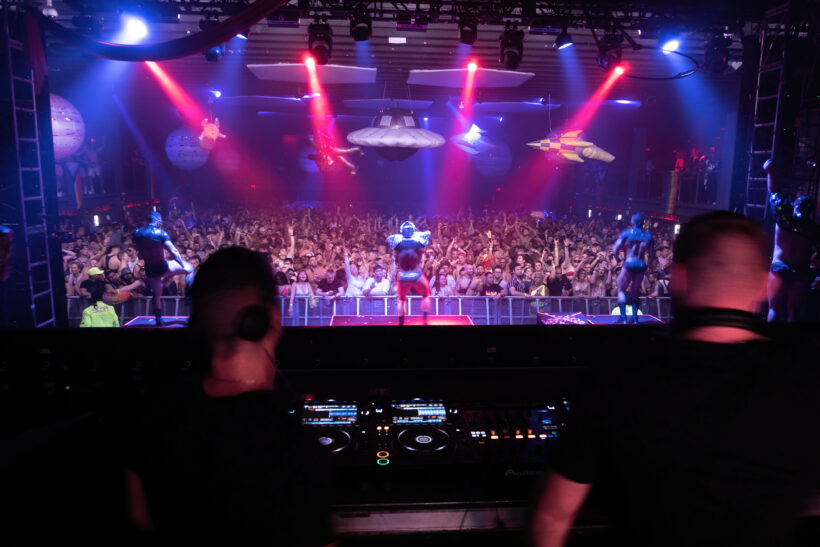 “With the monumental news that the senate has passed the same-sex marriage bill, we are celebrating freedom at this year’s KINETIC: KINK,” says Jesus Quispe.

“We have secured the city’s best venues for our MAL Weekend parties,” Zach Renovátes adds. “We welcome every person in the queer community to our KINETIC: KINK dance floors to unleash their wildest urges this holiday weekend.”

KINETIC: KINK Weekend kicks off Thursday, January 12th with the BOOTCAMP party at Soundcheck. Here, men will have their first opportunity to get geared up for the weekend as drill sergeant Diego Barros, one of Only Fans top performers, readies all for the next three days of sinful debauchery. DJs Conner Curnick and J Warren will provide the essential training beats.

Friday night is UNCUT XL, where international superstar DJ Alex Acosta and DJ Onyx will man the decks at BLISS Nightclub, commandeering all three of its massive rooms. While the perpetual beats pound the dance floors, partiers can cruise the labyrinth of extended play zones, unleashing their most intimate fantasies until the wee hours of the morning.

On Sunday, KINETIC: KINK closes the festivities with discoVERS XL, an event included with the MAL Full Weekend Package. Grammy-nominated DJ Abel and disco diva Alexis Tucci will usher in a night of jubilant disco and house music with performances seamlessly integrated into their sets.