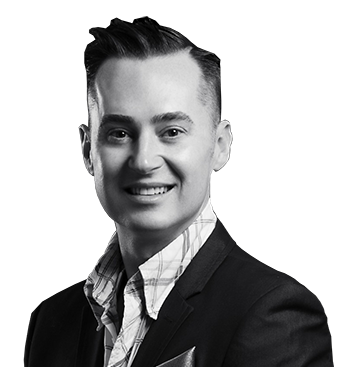 Pierre de Villiers is a renowned TV and Media Personality, Author, Lecturer, Subconscious Psychoanalyst, and Mr. Commonwealth SA Semi-Finalist, just to mention a few of his many lives. He has also been coined as a “Self-Help Guru.”

Pierre has been trained and is in private practice as a Subconscious Specialist with a specific interest in Depression, Anxiety, Stress disorders and instant Weight Loss for over a decade. He humbly declines, as expected to name his modern-day Hollywood and Billionaire client base around the world. Working on a donation only basis, he sets out to tell the world during private consultation “The Secret of The Secret” and the Law of Attraction as one of many laws of this duality of reality that some call illusion and others call life.

Working with psychiatrists, psychotherapists and university heads of departments, he has been said to be able to mix oil and water in a single consultation of an hour with a new client. “He brings out the best in people,” some say and others echo: “This man can tie rocks to clouds.” An energy magician with the ability to easily hone in on the single most important subconscious message of any person at any point in their life is but a day in the life of Pierre de Villiers.

De Villiers says, in a nutshell, he assist those who want to feel loved and safe. “Anyone’s most inner desires wants to embrace their daily living,” he says. “I simply marry the two in a swift one-hour session.”

To find our more about Pierre, go to his Linkedin profile page.

JRK: Can you tell Diversity Rules Magazine readers a bit about your background in order to get acquainted with you?

PdV: Sure, it’s a quick zero to hero textbook tale that includes multiple lives in one. I short, I came from a toxic childhood as a small-town coastal boy in South Africa before my Ph.D. in Life – Majoring as Mandela World Ambassador, FORBES acclaim Author-TV and Media Celebrity & Mr. Commonwealth entrée.

From dull to delicious and turning the crap into the credible along the way, adversity breeds success. This is a fact to many of us who are sexually fluid, liquid or “Pansexual” (since LGBTQ represents 7 billion sexual variants flowing into a limited 26 letter alphabet). Sink or swim boy – that’s the one size that fits all answers to life.

Adversity makes or breaks us and after a decade as Celeb Therapist and Joseph’s sexually fluid Dream Interpreter, I can pretty much write the book – and I did. A saucy gem of wisdom wrapped in Jerry Springer morbid attraction “Dear Pierre by Pierre de Villiers” was a best-seller at: http://bit.ly/2r7MhMD.

JRK: You have been coined as a “Self-Help Guru.” Can you tell us how that title came about and what it is that you help folks with?

PdV: Self Help is as outdated as old-school Psychology, Psychiatry, and Fortune Tellers. I am currently showing these folk how to use the ancient language of Symbology to help people with more accuracy. Symbols obviously speak every known language in the world – like emoticons replacing words – with a 7 billion variable application. As Mandela World Ambassador I have access to pretty much anyone alive from Branson to Ben, my next door neighbor. It makes for an interesting new world currency of IMAGE and INFLUENCE replacing money.

The shocking 911 attacks taught us something interesting. These precious souls who gave their lives showed us that death does not discriminate. Neither should we, as my hero Nelson Mandela knew. The only judgment we can ever pass on another human being is whether they are alive. If so, their color, age, and gender become irrelevant.

To answer the question, my “Self-Help Guru” status these days implies that I have not yet met another TV celebrity who can speak Symbology as fluently as I do. Symbols like emoticons will soon be the new millennium’s Universal Language, predating the limitation of words. Sharing meaning with others has already replaced words. Let’s just say that as a Symbology Pioneer, my unprecedented ability to speak Symbology opens a lot of doors for me with some pretty powerful people.

JRK: You are a “subconscious specialist.” Can you explain that a bit more?

PdV: It’s quite simple. The subconscious holds a lot more information than the brain. Recalling when you met someone for the first time, for instance, is done with the subconscious. The subconscious transmits the recall to the brain while expressing: “Oh, now I remember! It was at that party with… Uhm, what’s his name?”

Consider that this information was not in your brain before the subconscious sent it. The subconscious sends the information after the recall. What triggers the recall? Choosing what to think about is the secret to the Secret’s Law of Attraction. What we focus on expands. Everyone knows this by now but very few know why. Choose what you think and guard against destructive thinking. The latter will create a life of constant recall-destruction for you, hence drug addiction for instance.

If you find yourself struggling with this, email [email protected]

So when we think, we start to recall which is done with the subconscious. Where the brain is linear in a one thought at a time outdated system, the subconscious is an “all-together-now!” 2017 App which is circular. So where low-emotion people will slowly “think” their feelings, more emotive folk get so excited feeling their feelings that they can’t find enough words quick enough to explain themselves. Their more circular access tries to over-ride their brain’s limited one-at-a-time-thought rule and it’s a mess. They are viewed by primitive Earthlings as oversharing and over-sensitive.

Ha! Truth is that people who struggle to express themselves in a straight (no pun) line are often more emotional, more evolved (such as souls who chose to be sexually fluid) and more in tune with their subconscious. World players of the future will, therefore, use the subconscious to replace the brain-only system. This simply means using the brain Supersized in a 2017 App – in short.

JRK: You have said that you assist those who want to be loved and safe. How do you go about honing in on what a person’s issue(s) may be in order to help them?

PdV: A super loaded question and the short answer first. We all want to love and be loved. The Moulin Rouge movie got that right. From movie to real life, there is one thing missing. We need to feel safe. This completes the human journey.

Each living person is expressing a 7 billion variable structure of searching to love, be loved and to feel safe – all at the same time. Think of someone who was severely betrayed in a former relationship. See how they exchange love for feeling safe instead, with an “I don’t need anyone to love me” approach to life and yet sit on my sofa needing help.

I help people find health, wealth, and love at lightning speed. I use Symbology to chat to their subconscious. Doing so I can speed up their therapy a hundred-fold, not needing them to pay off my mortgage over ten years of therapy income for me – unlike most of the psychologists and psychiatrists. Of course, that leaves me with an enormous client base of some very powerful people doing big things.

JRK: Can you tell us about some real-life cases you have dealt with?

PdV: Oh, that is a wonderful question. I am known as the “Peter Pan of Psychology” after going from Obese to “Oh, Beast!” with a 6 pack of note after dropping 12 pant sizes in 6 months and resetting my youth by twenty years with new technology. Fat sucks and I chose to do the Overcome Obesity in 6 months experiment for understanding how my fat people feel.

Overweight is a very interesting field of Psycho Dynamics. I had a really hot client who was obese with an angel face. We quickly uprooted from the subconscious a molestation recall. Next, the Unconscious (here’s the Mothership linking us to the Human Collective) then easily decoded Symbology for me. The client was expressing their “please don’t molest me again” using fat as a weapon to scare the enemy.

We live in a society which judges you on the way you look. Look good and you have the world at your feet. Added to looks is sexuality and I have heard the range of pornographic details of people’s lives. One incident that was really fun was a female client whose husband was not enjoying her strap-on in his anus. She very innocently came to see me and ask whether she should upgrade to a differently shaped strap-on.

JRK: What would a session with you entail?

PdV: With one of 7 billion different techniques we will have fun first, then explore, learn and give you a fabulous life.

JRK: What has been the most challenging aspect of being a “subconscious specialist?”

PdV: People’s resistance to change since mankind is so suffering-addicted due to the powers at play.

JRK: You have stated that the secret to your remarkable success has been your ability to apply “The Secret to The Secret.” Can you tell us what you mean by that?

PdV: For me personally – giving back. For you? Contact me and we’ll find out while having a lot of fun.

PdV: This is but a glimpse of what’s out there. Go out and find it. If you’re not sure, contact me at www.tv-pierre.com.