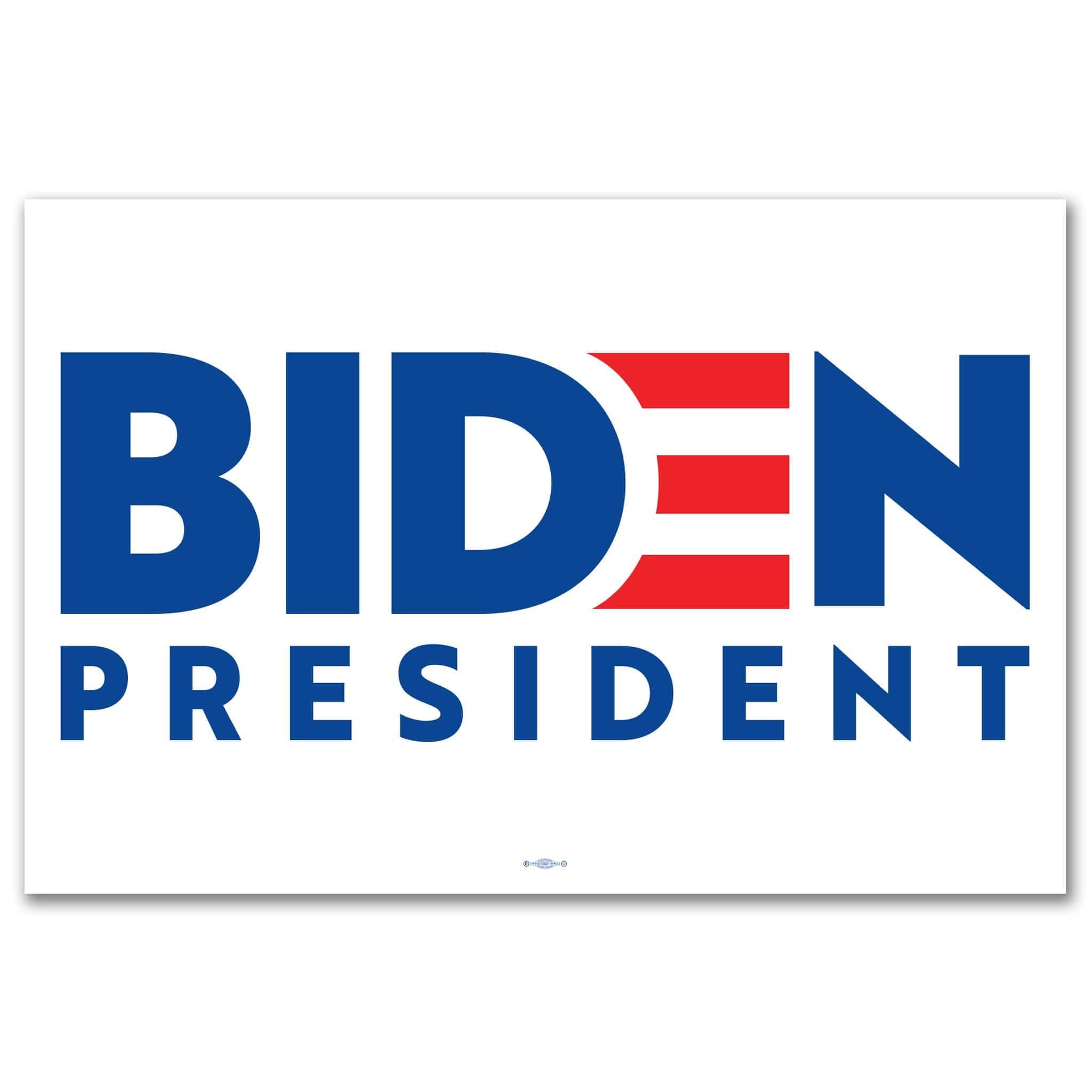 Our nation is experiencing a crisis of epic proportions due to the atrocities committed by our current occupant of the White House, Donald J. Trump. When he was elected in 2016, I, along with many others, knew he would not be good for America. We all deep down felt in our hearts that the admonitions given to us by Hillary Clinton would come to fruition. Boy did they! They did in such a fashion that was way beyond my wildest imagination of how horrible Trump would ultimately be. He truly will go down in the history books as one of the worst Presidents our nation has ever had, if not THE worst.

In just over 30 days, as of this writing, we will be faced with the most important election of our lifetimes. November 3rd is barreling toward us. It is a day that this editor/publisher, and American citizen, never thought would ever arrive. Indeed it has arrived. It is imminent, and we must do the right thing and vote Donald J. Trump out of office. We cannot stand one more day of this reprehensible man, let alone 4 more years. We must all vote for Joe Biden for President.

As many of you know, Joe Biden was not my first choice for President. Heavens, he wasn’t even my second choice. I was yearning for a more youthful candidate for President, with Beto O’Rourke being my first choice, and Pete Buttigieg as my next choice after Beto dropped out. Well, we know the end of both of those stories. Neither of those candidates was successful, and when Biden started to overtake Bernie Sanders, as the preferred nominee, the writing was on the wall. Democrats were opting for a more seasoned politician to be the standard-bearer of the Democratic Party to go up against Occupant Trump on November 3rd.

While I can go into all the horrible things Trump has done as President in this essay, I am opting not to, as we all know the despicable things he has done. We know how much he disrespects those who are different, as well as those who are members of our more vulnerable populations, such as the poor, handicapped, LGBTQ, African-Americans, and any other minority group that has suffered his wrath. We also know how much he disrespects women. We also all know how much he values money, the stock market, and those who have more monetary resources than most of us will earn in 10 lifetimes.

Occupant Trump is a wholly incompetent fraud who knows not what the hell he is doing. It is time that we say ENOUGH and cast him and his vile family from office, as well as his GOP minions who have ignored his atrocities against our humanity, and enabled and empowered him to wreak havoc on our great nation. He, along with those who enable him, have made a mockery of everything America represents. It is time to return America to the people and make it once again a nation that respects all its people despite their color, religion, sex, sexual orientation, gender, and whatever other differences that make every one of us unique individuals.

Joe Biden is that man to lead us. Kamala Harris as his Vice President will also serve us well and will be a competent and very capable replacement in the event Biden is no longer able to serve as President. I have complete faith in the abilities of these fine Americans to lead us. I encourage you to vote for Biden/Harris and return America to the people for whom our Founding Fathers were so adamantly advocating for in our Constitution, that has lived vibrantly since our nation’s birth and has been mocked and denigrated by the current occupant.

What does Joe Biden stand for? What does he propose to breathe life into our nation and rejuvenate it once again? The following are some policy positions taken from JoeBiden.com, with more information available on the website as well for each position statement.

Amid a growing public health crisis, the country is looking for leadership, stability, and trusted experience — and that’s Vice President Joe Biden. Biden knows how to mount an effective crisis response and elevate the voices of scientists, public health experts, and first responders because he has done it before.

Equality for People With Disabilities

Joe Biden believes that everyone should be treated with dignity and have a fair shot at getting ahead. This year, on July 26, we marked the 30th anniversary of the Americans with Disabilities Act (ADA). Thanks to the leadership of people with disabilities, disability advocates, and their allies, we have made progress towards the goals of this law—“equality of opportunity, full participation, independent living, and economic self-sufficiency” for people with disabilities. But, there is much more work to do to ensure that all people with disabilities can participate fully in our communities and enjoy the same kinds of choices and opportunities that many Americans take for granted.

Biden is proposing a bold plan for education and training beyond high school that will give hard-working Americans the chance to join or maintain their place in the middle class, regardless of their parents’ income or the color of their skin. President Biden will:

Securing Our Values As An Immigrant Nation

As president, Biden will forcefully pursue policies that safeguard our security, provide a fair and just system that helps to grow and enhance our economy, and secure our cherished values. He will:

Welcome immigrants in our communities

Biden has committed to continuing the legacy of Obamacare and strengthening it by giving Americans a new choice, a public health insurance option like Medicare, increasing the value of tax credits to lower premiums and extend coverage to more working Americans, expanding coverage to low-income Americans, among many other proposals that can be found at JoeBiden.com.

Joe Biden believes that every human being should be treated with respect and dignity and be able to live without fear no matter who they are or who they love. During the Obama-Biden Administration, the United States made historic strides toward LGBTQ+ equality—from the repeal of “Don’t Ask, Don’t Tell” to Biden’s historic declaration in support of marriage equality on Meet the Press in 2012 to the unprecedented advancement of protections for LGBTQ+ Americans at the federal level.

Biden has been laying out his vision for a stronger, resilient, and inclusive economy. He believes in an economy where every American enjoys a fair return for their work and an equal chance to get ahead. An economy more vibrant and more powerful precisely because everybody will be included in the deal. An economy where Black, Latino, Asian American, and Pacific Islander (AAPI), and Native American workers and families are finally welcomed as full participants.

Made In All of America

Joe Biden will mobilize the talent, grit, and innovation of the American people and the full power of the federal government to bolster American industrial and technological strength and ensure the future is “made in all of America” by all of America’s workers. Biden believes that American workers can out-compete anyone, but their government needs to fight for them.

It’s within our grasp to end our gun violence epidemic and respect the Second Amendment, which is limited. As president, Biden will pursue constitutional, common-sense gun safety policies.

Biden knows there is no greater challenge facing our country and our world. Today, he is outlining a bold plan – a Clean Energy Revolution – to address this grave threat and lead the world in addressing the climate emergency.

Biden believes the Green New Deal is a crucial framework for meeting the climate challenges we face. It powerfully captures two basic truths, which are at the core of his plan: (1) The United States urgently needs to embrace greater ambition on an epic scale to meet the scope of this challenge, and (2) our environment and our economy are completely and connected.

The Time Is Now To Change Course

These are simply a brief summation of Biden’s much more in-depth policy proposals available for all to see at JoeBiden.com. I encourage you to check out further what Biden represents and what he is proposing when he takes office on January 20, 2021.

While no presidential candidate is perfect, and Biden is nowhere near perfection, he is our best hope to remove the scourge that Occupant Trump has poisoned our nation with. It is time for him to go. We must vote for a better America. We truly do deserve better than the hate, divisiveness, chaos, and pitting Americans against Americans, that we have become so accustomed to the last 4 years. Every day brings a new travesty, a new horror, and new embarrassment at the hands of this incompetent fool pretending to be President.

I encourage you to vote early. I encourage you to mail in your ballots as soon as you get them if you have opted to vote by mail. I encourage you to get to your polling places throughout the nation and VOTE if you have decided to vote in person. Do not shirk your civic duty. We cannot afford to have people sitting home, thinking that others will vote the way we want to vote, so so as to not have to. We need EVERYONE to vote because there is so much at stake this year. Our great nation cannot endure one more day of this foul man who sits in the White House, let alone 4 more years of his vindictive, misogynist, narcissistic fashion of governance, which was truly on display at the first Presidential Debate held on September 29th, where he embarrassed himself, and our nation in the eyes of a world that has become just as weary of this fool as we Americans have.

The time is now to change course. Vote for Joe Biden on November 3rd, and take our country back from this man who cares not about the country but only the personal monetary gain for himself and his family at the expense of the American people and the reputation of our country throughout the world!

1 thought on “Joe Biden For President!”