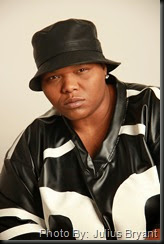 DJ InfTheTurnUp, also known as “Infinite,” is  an artist, producer, record label CEO, and program director of We On Radio.  She was born and raised in Harlem, NYC.

Between 2012-2014, DJ InfTheTurnUp has had three songs that she produced reach the Top 100 iTunes chart for recording artist Lovari.  Additionally, DJ InfTheTurnUp is the producer for the theme music of the television series “Urban Animals,” as seen weekly on NYCLife.

DJ InfTheTurnUp has received two 2015 Out Music Awards nominations, including Producer Of The Year and Best Hip Hop Song for #NYC Anthem (feat. Sonny Lewis), a song that has social media buzzing about how it should replace Taylor Swift’s “Welcome To New York,” as a possible official song for the five boroughs. It is the lead single from the hip hop series Coast2Coast: Best In The State, and it will also appear on her debut album, slated for a Spring 2015 release on Pathway Records / 34 Whale Music, which she co-owns with singer Lovari. The label already has racked up 3 iTunes charting singles, including the #1 R&B single “Still In Love,” and a Top 100 iTunes charting album. Its artist roster includes the Emmy nominated TV series “ Friday The 13th” star Robey, adult erotica TV pioneer Robin Byrd, and Hoboken rapper Justice Laquan.

JRK:  Can you give Diversity Rules readers an idea of who DJ InfTheTurnUp is — where you are from and all that good basic information?

Inf:  I was born in Harlem Hospital. It doesn’t get any more Harlem than that. Raised in Dyckman, Washington Heights. I am a lesbian. I am an entrepreneur. I still reside in Harlem.

JRK:  How did you pick “DJ InfTheTurnUp” as your stage name? Is there a special meaning behind the name?

Inf:  I originally went by the name infinite because I felt like my legacy would never end in the music business. Which I can still be called, but I then started a new chapter in my career when I began to dj. During my sets at the club, people would al ways say that I make them turn up when I spin the music.  So, I am now DJInfTheTurnUp.

JRK:  You are the CEO of We On Radio.  Tell us about how that came to be.  How can folks support We On Radio?

You can support We On Radio by visiting our website and becoming a member of our network.

JRK:  You are a highly acclaimed producer having produced a number of top 100 iTunes songs for Lovari as well as for the TV Series Urban Animals.   Tell us about the songs and the TV show.

Inf:  I am so proud of Lovari and the accomplishments we have together. I love making music and look forward to charting over and over again. Urban Animals is my first TV show that I have produced music for. It was very exciting to work on that project. It can now be seen nationally.

JRK:  You have received two OutMusic Award nominations; one for Producer of the Year and the other for the Best Hip Hop Song for NYC Anthem.  That has to be pretty exciting.  Tell us about the song.  It seems like it is creating a lot of buzz in the music world.

Inf:  I am very excited to have received two nomimations at the upcoming Out Music Awards. #NYC Anthem was a song created to  represent New York City. We have been the face of hiphop for a long time and now that the south has taken over, I thought this song would get New York City its swagger back.

JRK:  You are a co-owner of Pathway Records with Lovari.  Tell us about Pathway, where it’s been and where you see it going in the future.

Inf:  Pathway Records/ 34 Whale Ent. was built to help independent artists gain visibility within the music industry. We want to give the artists a pathway to success. We are a distribution label to help artists  put their music out on various digital music stores.

We also help artists  promote.  We are here for the long haul to make sure that independent artist has equal visibility in the mainstream music market.

JRK:  What challenges, if any, have you had being a black, lesbian producer and musician?

Inf:  The music industry is a male dominated industry and you will always have people questioning whether to deal with you as a producer, being a female. The only reason I feel I haven’t ran across that obstacle is because people hear my music first and always want to work with me after. I am NOT the softest female. I don’t wear dresses and stick my butt out, wear hair and lipstick. So at times, it may be harder for females to relate to my music.

JRK:  What advice would you give to other aspiring minority musicians, producers and others who want to make their own individual marks in the music industry?

Inf:  I would start by saying this. God gives us strength to push pass all obstacles. Believe in yourself. Don’t let anyone tear you down. Give back to your community. Love is the highest power of all. Make sure you spread it.