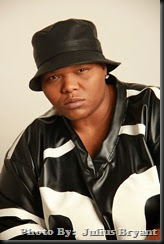 The January issue will feature “Infinite” – artist, producer, record label CEO, and program director of We On Radio.  Infinite was born and raised in Harlem, NYC.

Between 2012-2014, Infinite has had three songs that she produced reach the Top 100 iTunes chart for recording artist Lovari.  Additionally, Infinite is the producer for the theme music of the television series “Urban Animals”, as seen weekly on NYCLife.

Infinite has received two 2015 Out Music Awards nominations, including Producer Of The Year and Best Hip Hop Song for #NYC Anthem (feat. Sonny Lewis), a song that has social media buzzing about how it should replace Taylor Swift’s ” Welcome To New York”, as a possible official song for the five boroughs. It is the lead single from the hip hop series Coast2Coast: Best In The State, and it will also appear on her debut album, slated for a Spring 2015 release on Pathway Records / 34 Whale Music, which she co-owns with singer Lovari. The label already has racked up 3 iTunes charting singles, including the #1 R&B single “Still In Love”, and a Top 100 iTunes charting album. Its artist roster includes the Emmy nominated TV series ” Friday The 13th” star Robey, adult erotica TV pioneer Robin Byrd, and Hoboken rapper Justice Laquan.