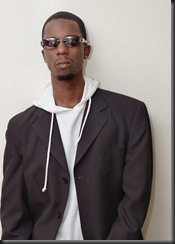 You can find out more about Imanti at his youtube page.  Tell him Diversity Rules sent ya!  www.youtube.com/ImaniTMisfit.

Misfitism = A social ideology that stresses the idea that each individual should embrace everything unusual, creative and bizarre about themselves and display it proudly in their society.