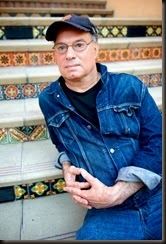 I could never imagine hating someone I don’t know because someone else told me  that I should, or holding a grudge for thirty years. Mostly, I couldn’t imagine judging or ridiculing a disability. In the world of Dark Shadows fandom, such behavior is commonplace.

Dark Shadows was a short lived 1960s  daytime soap opera that became a pop culture sensation about a year into it’s five year run. For the next three and a half years, Dark Shadows was one of the most talked about shows on TV, daytime or primetime. It’s popularity was due to it’s unique, sometimes bizarre (by daytime soap standards) collection of characters, which included vampires, witches, werewolves, ghosts, mad scientists, and even a Phoenix, a woman from ancient Egypt who drew her life force from fire. There had never been anything on TV quite like Dark Shadows.

Watching Dark Shadows was a pivotal part of my childhood, and remains a beloved fixture of my DVD viewing to this very day. It was therefore with great excitement, in 1983, that I attended my first Dark Shadows Festival. Similar in structure to Star Trek conventions, Dark Shadows Festivals were a chance for fans to mingle with each other and get to know attending cast members for a celebration of the show. At the time, Dark Shadows was enjoying a resurgence in popularity, as reruns of the show were airing on PBS. The PBS showings served to firmly established the series as a cult phenomenon.

Little did I know that in choosing to attend these Festivals, I would be subjecting myself to behavior which ultimately rivaled the anti-gay religious abuse inflicted upon me by my parents two decades earlier. I was entering an unhealthy world which would prove to have a lasting and dangerous effect on my PTSD symptoms.

The first few Dark Shadows Festivals I attended were enjoyable. I met many of the cast members, got them to sign photos for me, and made a few friends, some of whom I kept in touch with throughout the year. My first indication that things were about to go wrong came in 1985, when Dark Shadows cast member Joel Crothers died after a brief illness. He was 44 years old. I had known that Crothers was gay, having seen him in gay bars in New York City a few years earlier. 1985 was the year I’d moved to San Francisco for the first time. The AIDS crisis was escalating, and death was all around me. Imagine my shock when a fellow Dark Shadows fan called me on the phone to laugh about the fact that Joel Crothers had died of AIDS. That fan was a gay man who ultimately died of AIDS himself. I soon found out that other Dark Shadows fans thought  Crothers’ death from AIDS was hilarious.

By 1990, these events were losing their luster. Many of my fellow fans, I soon realized, were a mean-spirited bunch. Cliques were rampant, and the members of each clique were feuding with all the other cliques. It was not uncommon to be told that you “had to choose sides, prove that you’re a true friend, or else….”

My PTSD had not yet been properly diagnosed at this time, and I’ll admit that I didn’t respond well to this toxic environment. I had a few psychotic meltdowns at these events, and was publicly ridiculed for them. It must have been obvious that I was in distress when these incidents occurred, yet no one asked if I was OK. Scorn and laughter were all I received. This made my symptoms worse.

Soon after, a small circle of fans subjected me to false rumors about my sex life, along with malicious lies about my HIV status and my alleged drug use–I in fact live a drug free life. Always have. I’m also lucky enough to be HIV negative, which didn’t stop other fans from warning each other that I was “spreading AIDS”.

It quickly became obvious that many other fans were being subjected to this kind of abuse, all from the same circle of people, who a friend of mine dubbed the “Dark Shadows police”. There were no standards for decent, humane behavior and no accountability. The perpetrators were allowed to behave this way with impunity for years and years. Several of the peprs served on the board which organized fan events.

To my disgust, I witnessed several incidents in which physically disabled Dark Shadows fans were laughed at for being “ugly”. At the time I didn’t realize how severely my PTSD was being inflamed by attending these festivals.  I was often hyper-manic at these events, yet I retained enough awareness to realize how reprehensible the conduct I witnessed was. The perpetrators, many of whom sat in judgement of my condition, claimed to be the sane ones. They were hurting people and clearly didn’t care.

In 1991, I was contacted by a gay fan who asked me to commit perjury so he could file a nuisance lawsuit against Dark Shadows cast member Kathryn Leigh Scott. He wanted me to swear in a courtroom that I’d heard Scott say that she didn’t want “faggots with AIDS” to come to her public events. I had gotten to know Kathryn a bit, and knew that she would never say or think any such thing. The fan’s claim was a complete and malicious falsehood. I happily provided Kathryn with a signed statement in which I verified that I’d been asked to commit perjury. As far as I know, the lawsuit never went before a judge.

I never felt safe or comfortable at Dark Shadows Festivals again. I went from a regular attendee to an occasional one, with five year lapses in between my appearances.  On the rare occasions I did go, either to see the actors or to connect with the few friends I had made at these events, the toxic environment left me feeling triggered, manic, borderline psychotic. I would again be ridiculed for being mentally ill, often by people who had obvious mental health issues of their own. Eventually I stopped attending altogether–it finally became clear to me that these events were making me sick. In retrospect, the Dark Shadows Festivals were overrun with so much unhealthy behavior, I suspect that they might have pushed even the sanest person over the edge.

A few years ago, I gave Dark Shadows fandom a second chance through online chatrooms, primarily via Facebook. This might be safer, I thought, since I wouldn’t be interacting with people face to face.

Hatred runs deep in Dark Shadows fandom. People I had not seen or spoken too since the 1980s had been nursing grudges against me for decades. A woman I’d never met nor spoken too relentlessly warned people not to associate with me, aggressively demanding that I be banned from various online groups. Several people that I’d had no previous contact with online or offline gleefully joined her little gang bang.

As before, I wasn’t the only one. Postings at some of these boards informed me that others were being subjected to this same kind of hate and abuse, which often denigrated into sexist and anti-gay slurs. Some of the hate came from fans who were gay.

As I’m not a mental health care provider, I couldn’t even begin to imagine what could possibly be motivating such conduct. Some of the perps claimed to be this actor’s “best friend” or that actor’s “boyfriend”. Others feel that they’re celebrities because they published “fanzines” (fan magazines), or because they ran a blog or a chat room. Was all this venom and hate being perpetrated to protect the little “kingdoms” they had created?

I write this column entry in the hope that it will reach some of them, and that it will give them pause to think about their behavior. They’re hurting people, often intentionally and maliciously. They target the most vulnerable people they can find and inflict the maximum amount of pain they can. Then they laugh and walk away.

My love for Dark Shadows the TV series remains in tact. I have a few friends here in San Francisco who also enjoy it. We watch it together on DVD and don’t attend the fan events. My involvement in “fandom” is over.  In walking away, I leave behind an environment which repeatedly triggered and inflamed my PTSD.

I’ll leave it to mental health care providers to diagnose the bizarre and toxic behavior I saw in this strange little world.  As I look to join a support group for people who live with PTSD, I can only hope that the “Dark Shadows police” will get the help they need and give a little thought to those they’ve hurt with such gleeful and reckless abandon. And I hope that those who’ve been hurt by them will get the love and support they deserve.