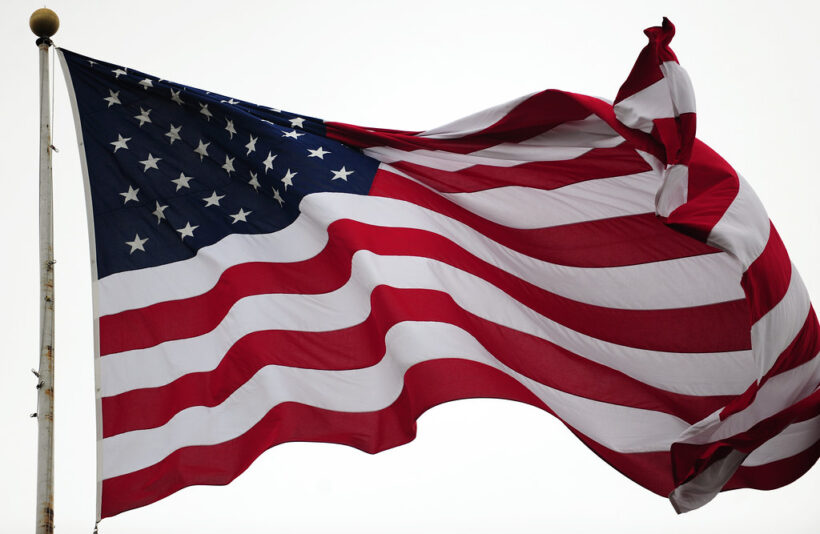 Tony Guadagnino is a marketing consultant. Located in New Jersey, his clients are based across the country, focusing on social media to build their presence on the internet. He studied creative writing in college and is currently working on his first novel on the subject of bullying. He lives with his partner Mark. This month Tony talks about the return of Memorial Day and its importance to the nation and the LGBTQ community.

The sound of Father Time, warning everyone that we are in the home stretch before the start of another summer season. In a blink of an eye, we’ll be greeted every day by the warmth of the sun, wearing tank tops and matching shorts, and stylish flip-flops. At Memorial Day Weekend, the “unofficial” start of summer; beaches up and down the U.S. coast, as well as surrounding the lakes and rivers in non-coastal states, will be crowded with sun worshippers (like me), exhibiting their newly dieted bodies having lost winter (and covid) weight. Movie theatres will be filled with summer Blockbuster films. Pool parties, backyard barbecues, and tailgate parties at the baseball fields will become the theme of every get-together for the next three months. For me, this is my favorite time of the year.

Before we step onto the warm golden sand, we should remember the true meaning of Memorial Day – honoring those who have died in the nation’s wars. It originated during the American Civil War when citizens placed flowers on the graves of those who had been killed in battle. It was always designated for the final Monday in May. I’d like to take a moment to honor some of our LGBT soldiers who made the supreme sacrifice for our nation.

To recognize our country’s gay soldiers, we can go as far back as the American Revolution. Baron von Steuben was a Prussian-born American Major General during the Revolutionary War. Originally an officer in Germany, he escaped and headed to the United States to avoid prosecution for being gay. His result was joining General George Washington’s army at Valley Forge, eventually taking a position with President Washington’s chief of staff. General von Steuben is considered to be our first gay soldier.

Dr. Thomas Dooley is a name we recognize from our history books as a humanitarian and author of three best-selling books about his work in Vietnam and Laos. Enlisting in the navy after completing medical school, Dr. Dooley began building and maintaining the refugee camps in South Vietnam, writing about the anti-communist activities that he witnessed in these countries. However, it was during a book tour that Dr. Dooley became under investigation for engaging in homosexual activities, resulting in a “mutual agreement” that he would leave the Navy to serve the people of Vietnam. He continued to help the countries until his untimely death at the young age of 34 from cancer. Despite his separation from the Navy, he was posthumously awarded the Congressional Gold Medal and became the leading example for the Peace Corps, which was established under President John F Kennedy, less than three months after his death.

Barry Winchell is another soldier who should be recognized and remembered on Memorial Day. Winchell was an infantry soldier in the Army at the time of his unfortunate death. Having never left American soil, and being in the military during “Don’t Ask, Don’t Tell,” Private Winchell was murdered by another member of his Division for dating a transgender woman. (The 2003 movie Soldier’s Girl is based on this sad chain of events.) Rumors began to swirl about Winchell’s sexual orientation, and after a heated argument, fueled by drunkenness, his bunkmate bashed him in the head with a baseball bat while he slept. Private Winchell’s senseless death should not be confined to history books but be remembered.

Everyone recognizes the name Harvey Milk as a U.S. politician, but how many know about his military background? Harvey Milk served in the Navy during the Korean War aboard a submarine rescue ship as a diving officer, then later became an instructor at a naval station in San Diego before his discharge in 1955 as Lieutenant, Junior Grade. Harvey Milk’s military background has been overshadowed by his subsequent role as a politician, yet we should not forget about his participation in the military and remember him this May 30th.

There are hundreds more whom I can discuss in this article, but these few men are just a highlight of some. Before you pack your picnic baskets and beach bags, be sure to fly your American flag, remember the significance of Memorial Day, and keep every soldier (gay or straight) in your hearts. They are the people who made it possible for us to enjoy our summer.