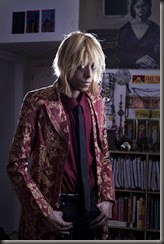 Uesugi is a systems analyst and has worked in the design of aerospace, semiconductor and financial systems. With a master’s degree in international management and a minor in Japanese, Uesugi has been around computers most of his life. He also studied animation and game design in art school. He enjoys skydiving, cosplay, anime and writing poetry. He hopes to make a graphic novel of “Grydscaen” some day.

Natsuya finds the fight for equal rights fills him with a sense of hope and purpose. Uesugi decided that he needed to do his part to help the struggle in some way and so decided to include homosexual and transgendered characters in his book “Grydscaen.”

“I wanted to make a commentary about some of the darker edges of society and show strong gay characters who, even though they are faced with hard situations and discrimination inflicted on them by an unjust world… these characters eventually shine,” Uesugi said.

With the controversial revelations about the National Security Agency’s data collection and the breaking news stories of hackers stealing personal information, many people find their trust failing in the computer systems they use every day to manage their entire lives. “Information security is important and there are a lot of people who have an interest in using it unethically,” said Natsuya Uesugi, the author of “Grydscaen: War.”

As a series, “Grydscaen” is a high-octane sci-fi adventure epic about two brothers on opposite sides of a war. 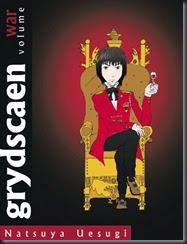 As a result of a nuclear conflagration, two superpower nations battle against each other using psychic operatives, giant robots and information warfare. Uesugi has worked with systems security, software and code with a major software company.

Although hackers are usually viewed negatively, he wants people to know that there are different kinds of hackers that engage in code cracking for a multitude of reasons.

“Obviously, some do it just to make money,” Uesugi said. “However, there are also hackers who hunt for information to help the world. They’re almost like journalists in that they go straight to the source to find out what’s going on.”

Not only is hacking meditated in the series, but also family, loyalty, sexuality and gender identity. “Grydscaen” shows that the difference between oppression and liberation lays in the choices we make and the principles we value.