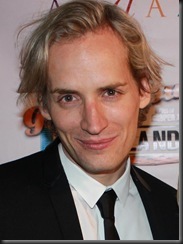 Originally from Sweden, Casper lived in Chicago and Paris before settling in New York City to study acting and directing. Casper currently resides in New York where he runs the production and distribution company Embrem Entertainment.  For more information on Casper go to his website at:  www.casperandreas.com.

“Going Down in LA-LA Land” is a candid, sexy, and outrageously funny look at what an actor can – and will do – to survive in Hollywood.  “Going Down in La-La Land” portrays a riveting and uncensored look at Hollywood. It is a story that reveals how friendships sustain us and keep us going. It is a tale that reflects our celebrity-obsessed culture. It is a revealing look at some people’s desire to be loved, adored, and adulated at any cost.

The main character of “Going Down in LA-LA Land” is a young, handsome, and ambitious, Adam who arrives from New York with dreams of making it big in L.A. He moves in with his zany best friend Candy who, between auditions, spends her time at the gym, shopping, or looking for a wealthy man.

Adam gets off to a rocky start, complete with parking tickets and an insufferable job answering phones. A new 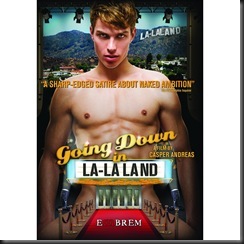 “Going Down in LA-LA Land” is now available on DVD and Blu-ray at http://embrem.com/store.html and at Amazon!

“Going Down in LA-LA Land” truly captures what Los Angeles can be.  To some it’s a fairy tale filled with insane opportunities and to others it’s a wasteland that sucks the meat from your bones.  There are dark aspects, dangers but also triumphs and heartfelt relationships.  It’s a complex film that will take you on a journey through the gutter and then out again, hopefully, no worse for wear.”