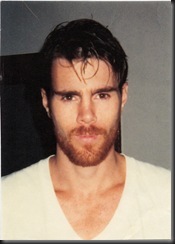 From nursery to college, he never really liked school, but still did a lot of it.  At age 18 he almost died in a motorcycle accident. Luckily he was drunk, so he was pretty loose when he crash landed. Having no idea about what to do with his life, he did the Army for 3 years. He had a desire to help people so decided to go to college.

While in school, he started seeing a therapist. He was pretty uncomfortable emotionally, mostly depressed, anxious and very confused. Counseling turned his life around. He also realized that he loved the work and decided to go back to school again to pursue a degree in mental health therapy. As a therapist, he worked with kids, adults, families and clients suffering with drug or alcohol issues. He loved the job but hated the paper work.

He  started compiling material for the books in 1990 and came out with the first one in 2000. Just after the book came out he went home to help the family. His mom had been fighting cancer for years and the family was pretty burnt. His mother 2 years later after a 6 year battle.

His 2nd book, More Men Talk, came out in 2007. He was working as a therapist on an acute case lock down unit at the time, and just didn’t have the jam to promote a book.

He currently is living on Long Island. The first two books, Men Talk and More Men Talk have been completely revised and are greatly improved over the originals. He completed, “Men Talk Again,” the third book in the series, during the summer of 2011. MenTalkism’s was completed in the Fall of 2011. The Mini Series became available in February of 2012. Men Talk Sex was published in March of 2012. Gay Men Talk was published in June of 2012.

Gay Men Talk is a book of quotes and experiences of men as well as himself. All anonymous. No one famous. Topic matter includes Homosexuality, Bisexuality, Lesbians, Transgender issues, Sleeping with straights, Coming out, Being in the closet, S&M, Pedophilia, Incest, Rape, HIV issues and sex of nearly every kind.

To find our more about Tim and his books and how to order them, go to Mentalk.org.