An Essay on Being Gay and Incarcerated
By Antonio Barrone
© 2013 Diversity Rules Magazine.  All Rights Reserved.
www.diversityrulesmagazine.com 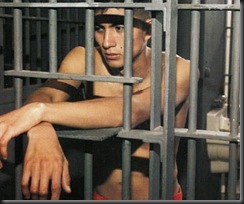 At first, you would think that being gay and being in custody in a same-sex prison would not necessarily be such a bad thing. You are mistaken in this thought. It is like being stranded in the world’s largest supermarket. You are starving and are going to die if you don’t eat something and there is so much food around you. The problem is that the fruit that you so desperately want to eat, in many cases, is poison and if you eat it, it could lead to your immediate death, literally.

While there is harassment from facility staff almost on a daily basis, if you are open and honest with what you are, they will eventually just accept you. After this acceptance, there is very little to worry about from security staff and most will actually respect you for being honest.

There are only two types of gays in prison. The first is the kind you can see coming a mile away with a fire extinguisher discreetly tucked into their pocket. It is easy to pick these ones out and while many of the inmates may make some comments, they normally will stay away from you or eventually just accept you as part of the landscape.

The inmates that stay away will do so not because they are not attracted to you, but will stay away because they do not want their friends to ask them questions about why they are hanging out with the homo. In prison, it is all about perception and of course, deception.

The second type of gay in custody is the man who will go out of his way to tell everyone about his female conquests and how tough he is. These are the ones you have to watch out for. I cannot tell you the amount of times that the biggest and baddest prison gangster would walk up to me, curse me out, tell me never to go near his property and to never even look at him but then this very same man would make a point of always needing to take a shower when I showered, need to sneak into the bathroom to smoke a cigarette with me or leave little gifts in my housing area to attract my attention.

You would be amazed at how much consensual sex occurs between prison inmates in New York. Rape in New York prisons is almost nonexistent as there are so many opportunities for consensual sex. Some men have sex in prison for the feeling, some for companionship, most though use it as a tool or weapon to help them meet their needs. Extortion and blackmail do in fact prevail in prison.

If a gay man has sex with a man in prison usually, the partner will give compensation in the form of protection from other inmates as well as food and clothing items to make the inmate’s time more comfortable.

The problems though are never far behind. Many inmates will get jealous if you are having sex with them as well as other people. In addition, many will think of you as their property as they do with women on the street. Often times, when a gay man is in a relationship of some kind with another man in prison who is not open and honest about his sexuality, violence will eventually follow. 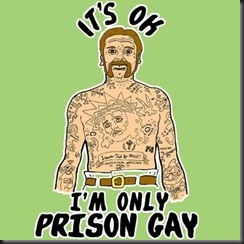 Either the man will be confronted by his associates and they will physically assault him for being gay or, to prove how straight he is, he will assault you himself. Being assaulted by another inmate in many instances will cause one if not both parties to be placed into disciplinary housing and then transferred to a different facility where the games begin all over again.

In many maximum-security prisons staff members can be paid in tobacco to look the other way so that you and your partner can have a little quiet time. In some circumstances, there are even opportunities to double bunk in the same cell with your partner. You can even get married in the yard in a small civil type ceremony.

Thanks to the new marriage equality laws, same sex couples may marry while in prison and even have conjugal visits but inmates are not allowed to marry each other officially, yet.

In most instances, relationships develop in prison the same way as they do in society. I am a big believer in the theory that there is no such thing as a homosexual. This is because I do not believe that there is anything such as a heterosexual.

In every aspect of life homosexuality exists in plants, animals, and insects. Assuming you believe in a higher  power and that this higher power created everything on earth and also that this higher power never makes any mistakes, how could it then be said that homosexuality can exist in every other ecosystem but not a man itself or that it is wrong to have same-sex relations?

Humans are quite simply, sexual beings. They will seek sexual release and satisfaction wherever they can get it. The bottom line is, if a man can obtain an erection for another man, then he is simply being the sexual entity that he was designed to be.

Same-sex relationships and sex itself can be just as satisfying and fulfilling as they are in free society. The problem comes in, as it also does in free society, when other parties want to interject their beliefs and opinions into your lifestyle.

To read more insightful and enlightening articles such as this one, subscribe to Diversity Rules Magazine TODAY!  Print subscriptions are available for $14.95 per year or digitally for $4.95 per year.  Get BOTH for a discounted price of $16.95.  To subscribe go to: