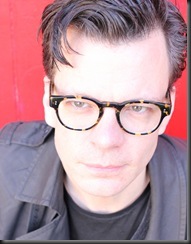 The following article is dedicated to Kenneth Weishuhn 1998-2012

Sorry, but this ‘It Gets Better’ thing is lame. Well intended, granted, but like my Grandma Ruby used to say: “good intentions pave the road to hell,” where our young people now sit – torn between the inherent need to belong, have a voice of their own, and an excruciating media blitz of images intended to get them to buy more crap.

Encouraging young people to ‘come out’ right now – at 11, 14 or 16 years old is not only irresponsible, it is immoral, and only serves the selfish political objectives of the well-funded political elite. These kids don’t need to be divided into rainbow gimp groups, they need to learn how to survive.

Hollywood is not their friend. MTV peddles social lies. The news jackals keep us high on fear and schools aren’t the place to seek acceptance. If I were in school right now, I’d probably beat the shit out of Kurt, a.k.a. ‘Mr Glee’ myself. Why? It’s not what he may do with his willy, it’s because he’s a freak. And I don’t mean effeminate, I mean a ‘force the world to do things my way or I’ll cry’ freak — a ‘same-but-different’ self-hating invention, like the ‘straight-acting’ myth, which gets Fox, (a.k.a. producers of Fox News), big ratings and sends a dangerous message. Rainbow flags for queer teens are the same as hoodies for others: a bull’s eye.

We’re here, we’re queer, we’re selfish…and young people are dying for it. Kenneth Weishuhn, the world failed you. Many who claim to represent you in Washington eat at the same tables as those who drafted DADT and DOMA, and are blatantly turning Republican in the US and Tory in the UK. Fact: new HIV infections are at 1987 levels. We’ve failed. Addiction and alcoholism is rife. Teen suicide is worse. And what? We want these vulnerable teens to turn to a community more focused on pop music, getting high and spending millions forcing gay marriage (when CP’s could have been in place long ago as a reasonable first step) down everyone’s throat? Priorities: f-u-c-k-e-d. Newsflash: some teens might not even be 100% queer, but any impressionable young person will make big precocious declarations to please the loud-crowd of the moment.

Time for the ‘community’ to grow up. If even ten percent of the yearly Gay Pride drug money (yeah, I said it) was funnelled into a Harriet Tubman-style Underground Railroad to hide at-risk kids, or hire them a bodyguard, things might change. I suggested this a while back, and the typical Pollyanna response: “But it’s illegal.” No shit. Please see youtube: ‘fat kid body-slams bully.’

Clarence B. Jones, author of Martin Luther King Jr’s ‘I Have a Dream’ speech, once told me “the only way to get those in power to cede any, is to prove it is in their best interest.” My beef with modern progressives: governments don’t do things because they’re ‘nice’ and especially if all activists do is yell, throw lavish parties, and claim elite social status. This culture of LOUD is a fad.

Teens: It doesn’t get better, unless you get good, get informed, and learn how to survive. Stay strong. Everyone else: How did you give back today?