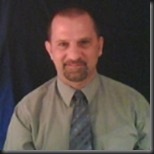 Each of us has a personal “reality” in which we live and function.  However, we do not exist in a vacuum; we are all part of a larger community of humans and we must share our reality with other people who may intrude their own realities on ours and attempt to impose their will and their perspective of reality on us.  Unfortunately, many relinquish their unique reality and succumb to the influence of others and relegate themselves to the abyss of failure and mediocrity by simply “playing it safe”, becoming a “creature of the commonplace,” and a “slave to the ordinary.”

Throughout the history of America, there have been individuals who have blazed their own trails and refused to allow someone else’s reality and view of the world to become their own.  The American patriots of the Revolution did not allow the oppressive reality of the Colonial British Empire to be theirs.  Those Americans who forged west to unknown territories did not succumb to someone else’s reality and remain in the east due to the ridicule and admonitions of others to remain and not put their lives in jeopardy.  The great civil rights leaders of the 1960’s refused to remain part of a society that did not recognize them as equals and rose up and created their own reality through civil disobedience and challenged many of the very foundations of our Republic and established societal mores.  The sexual revolution of the 60’s and 70’s cast off an imposed Victorian reality of sex and redefined how people functioned and lived in their relationships.

Today’s queer rights movement is no different.  There are those who wish to impose their hard line reality upon the LGBTQ community and force us to live separate and apart from the rest of society simply because we do not adhere to the old fashioned “one man, one woman” reality of marriage and relationships.  There are also those from within the queer community who do not wish advocates to “rock the boat” and not be too “in your face” about equality and instead to work within the system and through politically correct entities that don’t really have the movement’s best interest at heart.

Which do you wish to be?  Are you beholden to your circumstances and the influence of others or do you reject the influence of others and believe that it is the interpretation of our circumstances which determine our reality.  Do you succumb to the abyss of failure and mediocrity and simply follow others and do what you are told and not rock the boat and play it safe or do you shout as loud as you can about injustice and blaze your own trail shaping change to fit your own reality and view of the world?

For a very long time I was one of those who remained in their closet and was someone I was not; living a life of quiet desperation and allowing society to dictate how I should live.  I did not think I could ever be an out and proud queer person living a life that was mine and not subject to someone else’s reality.

We are no different than those in history that came before us.  We must choose to be different and cling to our unique reality and interpret our circumstances in a way that does not repress us and hold us back.  We must forge ahead and do what our gut, our very soul, demands that we do, and ignore the naysayers from both outside and within the queer community.

Life is full of many forks in the road and at each fork there is a path that others take simply because it is the well worn path; the one trodden by many; the safe route. There are also those people that amass at each fork in life and tell us to take the safe route and guide us to choose the well worn path.  These are the same people who tell us to not “rock the boat” or get too “in your face” about equality and working toward liberty and justice for all.

Then there is the other path that is less traveled and is less secure and full of potential pitfalls and unknown trials and tribulations.  There are very few people encouraging us to take the path less traveled and therefore, we must muster our own courage, ignore the masses, and decide to buck established thought paradigms and be true to ourselves and do what we feel is best for us and proceed down the less worn path.

When we can decide to listen to the voice inside that tells us to not listen to others and choose what is best for us, we begin to live our personal reality that was forged by forces unseen, and those working on our behalf in a world that we cannot relate to in our physical being.  We simply have to make a choice to follow our unsung songs that have already been written and are simply waiting for us to decide to sing them the way they were meant to be sung; in our own way.