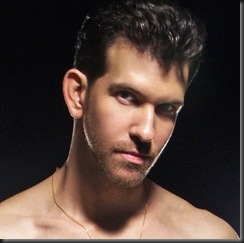 Diversity Rules Magazine welcomes Aiden Leslie to the July issue!  Aiden was featured in the July 2011 issue and Diversity Rules is proud to have him back as its cover feature interview for July!

Aiden’s ultimate mission as a performer is to share his story and experiences.  Aiden Leslie recently returned to the music scene with his first single in two years, “Worlds Away”. The track has managed to resonate with Fans around the world as it has recently risen to the Number One position on Logo-TV’s Click List and stayed there for a consecutive 4-week reign and was immediately put in rotation on MTV and VH1. Aiden recently released his anticipated follow-up to “World’s Away”, the pop anthem “Trying to Leave Now” which is quickly rising on the charts.