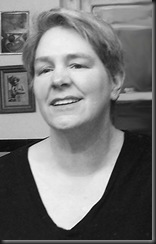 The interview with Liz Bradbury in the August issue will cover her latest book, Being the Steel Drummer, the second sexy hot romance and who-done-it mystery in the Maggie Gale Mystery Series. Bradbury will also be talking about how GLBT writers can create reasonably well paying jobs by writing genre fiction, self-publishing, and marketing well. And she’ll be discussing how self-employed, middle-aged Lesbian activists can be the victims of anonymous bullying that they thought they’d been immune to for years.

Besides her work as a fiction author Bradbury has written and had published over 400 nonfiction articles and essays on Gay, Lesbian, Bisexual, and Transgender issues. She has published the Valley Gay Press newspaper for 15 years, has had regular columns in several GLBT publications, is a founder of the Medusa Literary Society for Fiercely Independent Lesbian Publishers, has been a co-editor of Sinister Wisdom Magazine, and was a judge in the 2012 Kissed by Venus short story competition.

Liz Bradbury is also a founder and the Executive Director of Pennsylvania Diversity Network, the largest GLBT advocacy organization by membership, in PA. As an advocate for the GLBT community, she has worked to successfully pass pro-GLBT legislation. She speaks frequently on GLBT rights and is an expert on same-sex marriage equality (and the lack of it) in Pennsylvania.