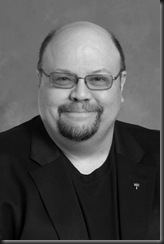 Michael Lloyd is an engineer, writer, and activist. A firm believer in community service throughout his adult life, Michael has held volunteer positions that span the gamut from community radio to organic certification, neighborhood activism to queer youth services. He is a co-founder and former co-facilitator (2002-2011) of the Between the Worlds Men’s Gathering, an annual spiritual retreat for men who love men. Lloyd is the author of “The History of Oils,” Chapter 2 of Lady Rhea’s Enchanted Formulary (Citadel, 2006), and his work has appeared in Outlook magazine, the Witches Voice, and Circle magazine. A long-time resident of Columbus, Ohio, Michael was named in the 2011 Who’s Who of GLBT Columbus.

It was a time of ferment, rage and hope, when spiritual movements rose and fell in reaction to the perceived ills of a society that seemed on the brink of tearing itself apart. In the generation of young men and women who had grown up after World War II, there was a new-found sense of freedom that allowed people to not only question and challenge society’s assumptions of the nature of God and spirit, but to experiment in order to find different ways of giving meaning to their lives. The modern New Age and Neo-Pagan movement in the United States coalesced from this chaos of diverse practices and beliefs. Nowhere was this more apparent than in the financial, media and arts nexus of New York City.

As a teenager, Eddie Buczynski had dreamed of becoming a Jesuit priest. Rejected by the Church because of his questioning mind and budding attraction to other young men, his feet were soon set on a different path – one that would lead from his childhood in Ozone Park to the raucous streets of ‘60s Greenwich Village, through the burgeoning Neo-Pagan spiritual movement of the ‘70s, before finally depositing him into the academic realm of Classical & Near Eastern archaeology.

This is the story of one man and his circle of friends who dreamed of changing the spiritual paradigm of society and who, despite their human frailties, helped to widen the acceptance of alternative religions in the United States. Bringing together the threads of disparate subcultures, social movements, spiritual paths and characters, Bull of Heaven weaves Buczynski’s life into a tapestry that encompasses the history of the New Age and occult in New York City. And in so doing, it offers an intimate glimpse into the lives of GLBT men and women whose heretofore untold contributions helped to shape the face of modern Neo-Paganism.

“I worked on this project over the span of eight years,” Michael writes, “and interviewed more than seventy people on four continents in order to bring Eddie’s story to life. It was the most unique cross-section of personalities that one could ever hope for, and included Witches and Pagans, artists, writers, journalists, musicians, actors, and archaeologists, as well as the family members, lovers, and friends of my subject. Bull of Heaven represents a window on that rarest of beasts – a relatively unstudied slice of New York City history. It was a fascinating project, and I don’t regret the effort that went into it, but I would caution first-time writers to approach biographies warily as a first project. They are not for the faint of heart.”

Bull of Heaven is scheduled for publication in July 2012 by Asphodel Press.