An Endorsement for the Re-Election of President Barack Obama
© 2012 Diversity Rules Magazine.  All Rights Reserved.
www.diversityrulesmagazine.com 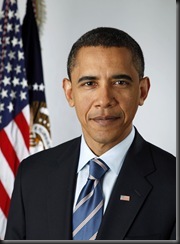 In 2008, this nation witnessed an unparalleled historical event with the election of Barack Obama as President of the United States.  America broke a barrier and elected its first African-American President, bringing to an end the exclusive white men only club in the Presidency.

He expounded “Hope and Change” as his mantra during his historic campaign.  We were hungry for change after 8 long years of an administration whose focus was on war, taking away rights under the guise of national security, class warfare, and just a general attempt to pit Americans against Americans in a rhetorical war of words and actions.  We were tired of an administration that focused on the 1 percent, and continually supported the military-industrial complex at the expense of hard working Americans.

President Obama has achieved many great accomplishments during his tenure as President, beginning with his very first piece of legislation, the Lilly Ledbetter Act, making it easier for women to litigate for equal pay for equal work.  This progressive legislation indeed characterized the focus of this administration; progressive legislation that respects the human condition, with fairness and equity.

He has brought the Iraq War to an end, with  the war in Afghanistan coming to a close as well.  He authorized the mission that killed Osama Bin Laden, along with other Al Quaida terror masterminds.  His administration also supported the expulsion of Quadafi in Libya.

President Obama inherited an economic malaise almost as dire as that of the Great Depression.  Millions of people were losing their jobs prior to the election.  Obama’s efforts once in office stemmed the tide and began to turn the American economy around.  While it has a long way to go, it has begun to produce private sector jobs to the point where the economy has replaced all those jobs lost and there has been positive job creation for the past 26 months.

As part of his broader economic plan in the face of the crash of the American economy just prior to the 2008 elections, he saved the American auto industry with government backed loans that allowed the major automakers to retool and regroup, in order to come back stronger and better than ever.

There were those who sought to disparage his efforts to save the auto industry and supported allowing the automakers to go bankrupt, thus casting millions of people out of work.  He did not allow this to happen and people still have their jobs and more people are working now due to the increasing economic health of the American auto industry.

In terms of the queer community, President Obama has done much to advance equality and strengthen the human dignity of queer Americans.

Some notable accomplishments include:  an extension of federal benefits to federal workers of same sex partners, banned discrimination in federal workplaces based on gender identity, signed the Matthew Shepard and James Byrd Jr. Hate Crimes Prevention Act into law, lifted the ban that prohibited people with HIV/AIDS from entering the United States, ensured hospital visitation and medical decision-making rights for gay and lesbian patients, clarified the Family and Medical Leave Act to ensure family leave for queer employees, signed the repeal of “Don’t Ask, Don’t Tell,” declared the Defense of Marriage Act unconstitutional and announced the administration would no longer defend it in court, and along with Vice President Joe Biden, announced his support for same-sex marriage, among a slew of other numerous pro-queer rights actions since he was elected.

The choice is clear.  President Obama should be re-elected to the presidency.  Diversity Rules Magazine wholeheartedly endorses his re-election in November.