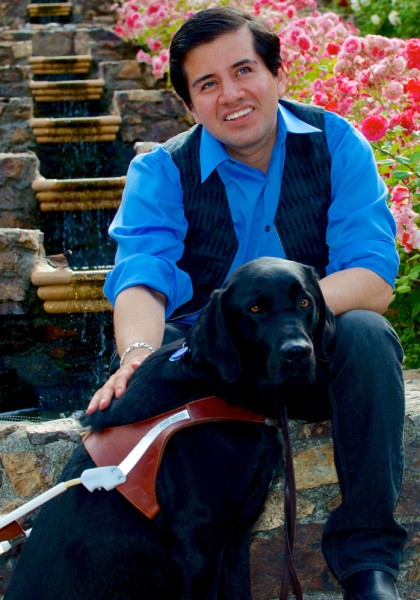 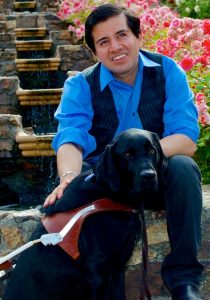 Tools For The Blind

Blindness has its challenges, but as a group of students from the NuVu Studio, a full-time innovation school in Cambridge, MA, learned on a field trip to the Perkins School for the Blind in Watertown, MA, blindness can become more difficult by the accompaniment of other conditions.

“Some of the blind students we met had other disabilities,” said Richie Lourie, 14, “and we got to ask them a lot of questions.”

Through their inquiries, the NuVu students learned that many of the 200 Perkins pupils faced other barriers such as cerebral palsy, which affects their motor skills, and that several of the Perkins students had prosthetic eyes. The NuVu group also got to meet a little girl named Eleanor, who made quite the impression.
“When I first met Eleanor, I felt bad for her. She could not do things like everyone else can. But as I got to
know her better, I realized she did not need my pity. She is happy just the way she is,” said Grace Cassels, 16.

Inspired by the Perkins visit, the NuVu students returned to school with the plan to create tools that would help blind students with cerebral palsy better manage their ocular prosthetics. They instantly began to prototype and made Eleanor their muse.

Nuvu allows for middle and high school students to spend a trimester (12 weeks) full time in their innovation labs. The goal is to have these students develop solutions for open-ended problems through creativity.

“We use the architectural studio model as the basis of our curriculum and plan out a series of studios each trimester that focus on real world and conceptual topics, from autonomous robots to educational games for Syrian refugees, and animations on driverless cars,” said Rosa Weinburg, an Idea Engineer at NuVu.

One of the tools NuVu students Grace Cassels and Joseph Cybul developed was Runny Babbit — a toy that helps blind students, with some level of cerebral palsy, hone the skills needed to properly open their eyelids to insert a prosthetic. The bunny-shaped toy also teaches blind children vocabulary words for different regions of the face, to help remove anxiety around doctor visits.

Creating Runny Babbit taught Cybul a lot about the human eye. He said, “I didn’t know eyes could get so damaged, or that kids wore eye prosthetics,” said the 17 year old from Boston.

Runny Babbit was made with Eleanor in mind, and both Cassels and Cybul designed it to help children learn about their anatomy in a fun way. Cybul shares, “During the first half of the studio, we both worked on the design and overall idea, and then I moved on to working on the electronic components.”

The second tool that resulted from the NuVu trip to the Perkins School for the Blind was Shutes and Spectacles, developed by Richie Lourie and Drew Siegal. This marble chute features glasses with a hole for them to put a marble through, similar to putting in an ocular prosthetic. The marble then travels down several chutes, each with different patterns to create different noises, allowing the user to follow the marble to its final destination. Since the glasses come apart, several students can use it and customize the frames to fit which eye they need to work with.

“Our goal would be to get Eleanor’s therapist to use the device with Eleanor,” said Siegal, 17. “And that it actually makes things better for her.”

In the past, NuVu has taught many studios related to disability since the school’s inception, from playful prosthetics, to hacking wheelchairs, to occupational therapy toys for kids with cerebral palsy. To learn more about the school, visit https://cambridge.nuvustudio.com.