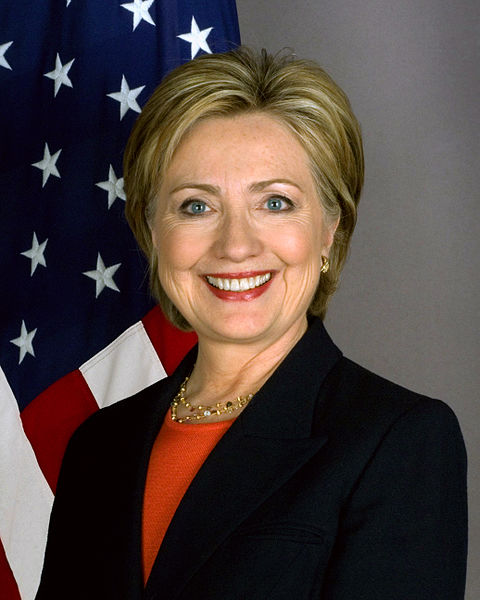 Primary season is over and two candidates for President have been selected by each respective party — Hillary Clinton by the Democrats and Donald Trump by the Republicans. Never in my 56 years have I seen a more stark difference between two presidential candidates.

As we have witnessed time and time again, elections do matter. Unfortunately we discover this sad truth after many voters stay home and don’t go vote and the consequences of not voting begin to manifest in elected candidates that were not the best choice. The 2016 Presidential Election is no different and the choice is clear on who can best lead our country in the coming years — that candidate is Hillary Clinton.

When it comes to Queer Rights and maintaining and enhancing those hard fought rights, most notably the right to marry, Hillary Clinton is clearly the best choice, as she has proven herself a tireless advocate for the LGBT community and what is important to it. While she came to the table late on marriage equality, she nonetheless, arrived, and we welcome her support and her efforts to advocate on our behalf to expand our rights. Hillary Clinton will continue to work to make America even more true to its inherent values of life, liberty and the pursuit of happiness and equality for all.

The Democratic platform that was accepted by the delegates at the Democratic National Convenion is by far the most pro-LGBT platform embraced by any major poltical party. As per The Advocate’s endorsement of Clinton: “She has produced the most complete and impressive LGBT platform of any presidential candidate ever. In it, she has vowed to champion the Equality Act, the legislation that would enact federal nondiscrimination protections with regard to sexual orientation and gender identity. Clinton’s policy platform called for an end to the ban on transgender military service — now officially gone — an end to quack “conversion therapy” for minors, an end to discrimination against LGBT families in adoptions, improved school conditions for LGBT students, expanded shelters for homeless LGBT youth, affordable treatment for people with HIV, expanded access to PrEP, expanded data collection and other measures to stem the disproportionate violence against trans people, and improved access to correct identification for trans people, along with many other positions that directly affect the rights, health, and welfare of our communities. She has also pledged to continue the United States’ work of improving the condition of LGBT people internationally, a natural extension of that pledge made in Geneva.”

For LGBTQ voters, the choice is clear about which of the two candidates running for President will best serve the LGBTQ community and its interests. To vote otherwise is a grave injustice and an insult to those in past generations that fought hard and died in some instances, to ensure the rights we have today.

While there are many other reasons to vote for Hillary Clinton, her commitment specifically to LGBT rights should make it a no brainer for any queer voter when deciding for whom to vote in 2016.

Looking beyond LGBTQ rights, her stellar acceptance speech at the Democratic National Convention clearly outlined her goals and aspirations and the glaring differences between herself and Donald Trump, who is mired in the past and focuses on divisiveness and turmoil and pitting groups against one another. Trump’s campaign is grounded in fear whereas, Clinton’s is one of hope and moving the country forward, working together to make America a more perfect union. While Diversity rules has endorsed Hillary Clinton, we understand others may not agree with the endorsement. However, what is most important is that you vote and vote your conscience!  Diversity Rules Magazine hopes your conscience leads you to cast your vote for Hillary Clinton .. for America’s sake!