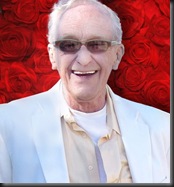 From his roots on a South Dakota farm to being called a child prodigy, Ace’s life was set when he learned as a youngster that he could sing, and pursued his dream. “I liked doing it and thought I could be the next Enrico Caruso because I had heard him sing on the old cylinder machine that Grandma had.” This talent gave him years of involvement in the entertainment industry.

“The little boy with the big voice.  One of the highest boy sopranos in America.” Lawrence Welk called him “the boy with the champagne voice” when he was singing for him weekends at the Lick Pier Ballroom in Santa Monica, CA. An accomplished crooner by then, Ace appeared regularly on The Don Adrian Show on KWKW. Radio in Las Angeles made him a name and familiar voice to fans enjoying his weekly performances.

He would do guest night club appearances and vocalist in the early days of live TV shows.  “I made a decision to stop my singing career when Elivis came on the scene.  I had no desire to compete with rock & roll.  I have only sung for my own amusement since then.  After 24 years “Romance With Me” is my debut back to the music world, and I thank you for being part of it.”
Accompanying Ace is Cheri Chandler.  Cheri was born in Boise, Idaho.  Her career started with private classical piano lessons for 9 years and one year of jazz.  She has been a member of the Bob Nora Band for 22 years, one of Idaho’s most popular bands, and has played all over Idaho, Utah and Nevada.

CD art design and layout is by James Steven Handshoe.

“Romance With Me” can be ordered from Amazon.com or by going to www.acelundon.us.