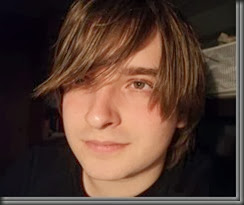 I’ve noticed over the past few years that gender stereotyping exists in almost every social situation in our society. Recently, I overheard an expecting mother talking about what cloths she should buy for her child. Amidst the conversation she asked my former manager what color clothing would be best — both women agreed that a daughter should have pink cloths or a son blue cloths. Somehow over the past ‘however-many’ years those colors seem to be the shades selected for females and males.

Knowing my overly-obnoxious maw, I had to say something. I responded saying, “Does it really have to be pink or blue? Why don’t we try some neutral colors like: green, yellow or orange?” Naturally the response I received was a perplexed glance as if I was speaking like a mutant from thousands of years in the future.

I learned that day that gender stereotyping is delicately fastened to every social situation, usually subtly. Many of us don’t realize that even in the LGBTQ community gender stereotyping runs fairly rampant. About a year ago I dated a gentlemen who was insistent of my gardening hobby being ‘girly’ or ‘feminine’. While I didn’t find it insulting, I found it to be confusing. What about gardening makes it ‘girly’? Is it because society is more used to women fulfilling the gardening role? Just because our incredibly patriarchal society has placed women in that role doesn’t mean a man can’t get his two hands in the dirt and plant a vegetable.

I feel we are moving toward a state of mind that ultimately frees us of limiting people’s capabilities based on gender. One’s gender should not determine whether or not they are able to accomplish certain tasks or participate in certain situations. The LGBTQ community must be wary of falling into that ‘gender stereotyping’ snag.