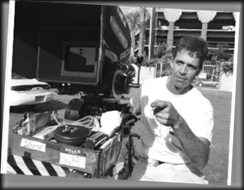 The One In Ten Screenplay Contest, the world’s largest screenplay contest dedicated to the positive portrayal of gays, lesbians, bisexuals, transgender and queer individuals in film, celebrates its 14th anniversary in 2012.  Entries are now being accepted online and are limited to the first 600 for 2012.  The deadline for submissions is September 1, 2012.

Executive Director, David Jensen, “We are excited to celebrate our 13th anniversary and are continually amazed with the quality of talent year after year.”  Jensen continues, “We receive entries from around the globe and Hollywood is taking notice in a very big way.  Many of our past winners have had screenplays optioned, sold and produced. Many others have gained major representation.”

The One In Ten Screenplay Contest has gained major respect and notoriety from Hollywood studios, agents and producers.  Entries for the 2012 screenplay contest are now being accepted online at:  www.OneInTenScreenplayContest.com – Writers from around the world are eligible.

One In Ten Screenplay Contest is open to all writers and offers cash awards and industry contacts to the winners. A requirement of the competition is that at least one of the primary characters in the screenplay be gay or lesbian (bisexual, transgender, questioning, and the like) and that gay and lesbian characters must be portrayed positively. All writers are encouraged to enter!

Prizes for 2012 include cash, industry exposure and merchandise.  The 2012 One In Ten Screenplay Contest is sponsored by: Cherub Productions, Hollywood Creative Directory, www.iScript.com, Brainstorm Warehouse, LLC, Michael Weise Productions,www.ScriptPIMP.com, www.ScriptDelivery.net, www.TopFilmFestivals.com , and is one of the few screenplay contests endorsed by www.ScreenplayContests.com

The submission deadline for 2012 One In Ten Screenplay Contest is September 1, 2012.  Entry forms are available online through the contest website:

Entry forms may also be obtained through the mail by sending a self addressed stamped envelope to: