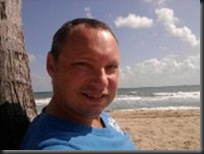 Jason Shaw was born in a sleepy village in Surrey, England sometime at the start of the 1970’s. He has had a varied and colourful jobs, including, window cleaner, clown, concierge and children’s entertainer. He worked for the Allied Radio Group in England for many years, broadcasting on a number of their stations. He also presented corporate videos for various companies.

He regularly writes articles and features for various news based websites and periodicals including, Technorati, The Rainbow Post, BGB as well as his own regular blog Seafront Diary.

He has spent a lot of time in Southern Illinois loving the countryside and the friendly inhabitants.

He currently lives in Brighton, Sussex and loves nothing more than a long walk along the beach in the rain!

Philadelphia, Wilde, Boy Culture, Priscilla Queen of the Desert, Partning Glances, The Boys in the Band, La Cage Aux Folles, Milk, To Wong Foo… all notable and  popular gay movies that received nominations for inclusion in a new  book The Top 50 Most Influential Gay Movies of All Time, from English writer and broadcaster Jason Shaw.

Jason undertook this mammoth year long task after being asked to make some movie suggestions for a local gay film festival. He took to the social media networks of Facebook, Twitter, Google+ along with blogs, journals and forums to research and compile this authoritative, interesting and entertaining collection of some of the greatest gay themed and influential movies ever made. His quest to gain a truly international selection of influential gay movies saw him seeking out suggestions, nominations and opinions from people from all over the world. Adding a truly global flavour to this fine compendium of classic and current gay movies.

“It was a monumental task at first with numerous suggestions and nominations from so many people” Jason explains, “However it became an incredibly interesting task, or a labour of love if you will, and was ultimately  extremely rewarding.  I had expected respondents to just nominate a film for consideration into the list, but soon people were telling me all sorts of reasons why they were suggesting a particular movie or indeed movies. Quite often they were deeply personal and often very emotive reasons, so much so that I included them in the book.” He explains.

Each of the 50 movies included in The Top 50 Most Influential Gay Movies of All Time have been openly and honestly reviewed and come complete with a plot synopsis, directol and lead cast credit along with personal viewer comments from around the world.  There are some predictable and expected entries in this complete list, along side some of the ’traditional’ evergreen gay classics, however, there are also a number of surprising, more recent offerings. It is this mix of old and new, combined with the global nature of the respondants that make this and exceptional an refreshingly informative book.

The Top 50 Most Influential Gay Movies Of All Time is available to download from Amazon.

2 thoughts on “Most Influential Gay Movies of Our Time”