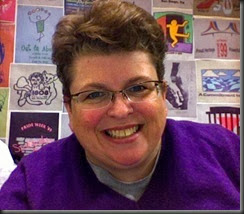 Susan K. Thomas is a lecturer in English at the University of Kansas where she spreads the good gay word through LGBT literature and first year composition courses. She is currently researching the impact of HIV/AIDS on the LGBT community in Kansas. She has two cats, Hannah and Hamlet (Ham).

Q. So, I’ve been hearing about this new drug Truvada, which prevents HIV infection. Should I be making an appointment with my doctor? Trevor

A. Well, Trevor, before you pull out the phone and start entering digits, you should probably do a little research to know whether or not this drug is for you. I also recently read about this “miracle” drug in a major LGBT publication and became quite excited for my gay brothers. I was sharing the article everywhere, and then I decided that I might want to do more research about it. After all, there is fine print with everything.

Okay, so about Truvada. The FDA approved this drug to fight HIV infection in 2004. Because it is considered a prophylactic, most insurance plans cover it. It is reported to be safe, effective, and have few side effects. And yet, very few gay men are on the drug, or even know about it. While this drug seems like a miracle and an answer to prayers, there are some issues.

To begin with, to take this drug one must be HIV negative and remain HIV negative, which means that frequent testing is necessary. Because Truvada has two antivirals in it, if a person unknowingly becomes infected with HIV while taking the drug, the body can become resistant to current HIV treatments. What I found even more disconcerting was that the body can become resistant to Truvada. If that occurs, one becomes not only susceptible to HIV, but if infected, the virus becomes more difficult to treat.

Also, the drug must be taken regularly. As in daily. Skipping a dosage could make one susceptible to infection if sexually active without a condom during the period of the lapsed dosage. Some of us can’t even commit to lunch plans so this is clearly something to consider.

According to what I’ve read online (and if you go to the internet, you can find the same information that I’m giving you), it’s possible that few men are on Truvada, simply because the drug hasn’t been publicized enough. Also, many men have grown up in a culture with condoms only sex activities, and may not interested in trying the drug out of fear of infection or because of the stigma surrounding barebacking. There are also HIV/AIDS organizations that are concerned that infection rates will rise if more men stop using condoms.  This is a legitimate concern. Remember what I mentioned earlier about not taking the pill consistently? Skip a dosage and the medication becomes less effective in protecting from HIV. A decrease in condom use could also mean an increase in other STIs as well.

Clearly there is a great deal to consider about this drug, Trevor. If you feel that you can commit to the daily dosage, why not speak to your doctor about it? Truvada might be right for you. However, please consider using condoms as well (and your partner/s may insist!). Also, if sexually active make sure to be tested regularly for HIV as well as other STIs.

“Inqueeries” is an interactive column.  Readers are encouraged to submit questions for Susan to answer!  Contact Susan directly at: