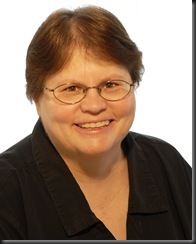 Tracy Baim is publisher and executive editor at Windy City Media Group, which produces Windy City Times, Nightspots, and other gay media in Chicago. She co-founded Windy City Times in 1985 and Outlines newspaper in 1987. She has won numerous gay community and journalism honors, including the Community Media Workshop’s Studs Terkel Award in 2005. Baim started in Chicago gay journalism in 1984 at GayLife newspaper, one month after graduating with a news-editorial degree from Drake University.

As gay, lesbian, bisexual and transgender (LGBT) individuals became more visible in the 1950s and 1960s, the mainstream media perpetuated the attitude that they were mentally ill and morally depraved queers, freaks, degenerates, perverts, misfits, and even threats to national security. In many cities, the police raided gay bars, harassing and arresting patrons.

Community-based gay newsletters and newspapers emerged to counteract the distorted view of non-heterosexuals and to support the rising gay-rights movement. They addressed gay issues, formed a sense of unity, announced demonstrations, and tracked the progress of legal and political action.

Gay Press, Gay Power: The Growth of LGBT Community Newspapers in America, edited and co-written by 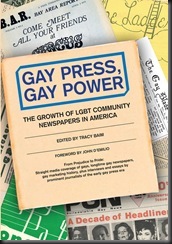 Tracy Baim, publisher of Chicago’s gay publication Windy City Times, is a comprehensive overview of the past, present, and future of gay print media. Baim uses essays, interviews, and hundreds of news clips and images from both mainstream and early gay publications to describe the critical role of the gay press. Award-winning historian John D’Emilio provided the book’s foreword.

Part One covers the history of discrimination against non-heterosexuals throughout the 20th century and the birth of gay and lesbian publications, including Friendship & Freedom, Vice Versa, ONE, Mattachine Review, and The Ladder. Most of the publications during the turbulent 1960s and 1970s were produced on small budgets by gay societies or activists and volunteers. Many were short-lived, but others were catalysts for tolerance and acceptance. Gradually, the mainstream media became more supportive of gay rights.

Part Two is a series of essays by and about journalists who documented the gay movement, recounting their experiences and providing observations and insights.

Part Three features the history of 10 gay publications in 10 major cities as told by their publishers, editors or reporters. Each one represents the challenges, risks, and struggles to survive that were common among almost all gay periodicals.

Part Four focuses on the business of gay publications. Initially, funding came from subscribers and classified ads since advertisers were reluctant to buy display ads-until they realized the growing gay population was a potentially profitable untapped market. Many major brands, retail stores, restaurant chains and service providers began targeting the gay community through its publications and even in some mainstream magazines.

Part Five reflects on the contribution of the gay press, yet debates its value as a source of news and advocacy in the era of the Internet, social media, and the economics of print media.