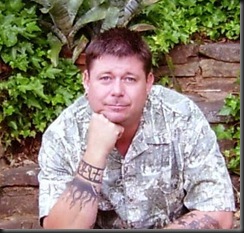 Looking back now, because of ignorance, fear, prejudice, hatred and religion, I can see how hard it was for a homosexual to be awarded custody of his children.

1991 – After six years of a turbulent marriage, being a divorced 24 year old man, I was awarded custody of my two children and it was time to break down the closet door. Easter Sunday provided the portal for my escape from being trapped within myself. Struggling in life as a straight man when deep inside I knew different.

It was then things started to shake up. Except for my fathers parents and my dear brother everyone was ok with the new me. They kept social services on my back constantly with many allegations of abuse, neglect, etc…

After years of harassment I took legal action against the unknown guilty party. To my surprise, it was my grandparents. Social Services backed off and then I received a subpoena. I was being taken to court for having an alternate lifestyle.

My attorney, Michael Rosenberg, and I didn’t anticipate the outcome would be that I would lose my children because I was gay. There were angry outbursts in the courtroom from the public as I watched my kids being taken away by officers of the court. It was obvious that I was being railroaded. This was during the same time the Sharon Bottoms case was in the nationwide spotlight. The media didn’t want to address my case as they were focused on Bottoms’ case that was proving that lesbians were unfit to take care of children.

Rosenberg had a change of heart and removed himself from my case being convinced that it was now impossible for a homosexual man to win custody in the state of Virginia.

With a new attorney, Bart Tuthill and I returned to court to face allegations and prove that homosexuals are indeed fit to parent. The judge stepped down in the middle of proceedings due to the friendship with the defendants.

Many court dates came and went with investigations of both sides. In the end, Judge A. Willis, and the guardian ad litem ruled in my favor. Judge Willis stated loudly, “Mr and Mrs Godfrey, I do not want to see you in my court again, because I will not tolerate prejudice in my courtroom. Case closed”. (gavel down)  This was August 1997.