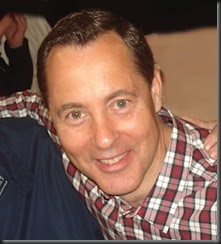 Filmmaker Lawrence Ferrara has been making films since the early 2000s.

Born and living in Boston, he began classes at Boston Film & Video Foundation which prompted him to write his first feature, A Stranger Within. The experience from that film was his version of “film school.” Multiple short films later, resulted in this current project; a documentary about gay male sexuality, a gritty, real-life exploration into the sex lives of gay men.

His short film, Just For Leather, 2004 was an instant festival hit, garnering him Best Male Short Film at the 2004 Long Island International Film Festival and was distributed by Frameline in San Francisco.

Graduating from the Connecticut School of Broadcasting and currently hosting a live local talk show confronting controversial issues inspired him to make this documentary film. “I like to challenge beliefs and open new perspectives by exploring complex subjects with no easy answers,” he states.